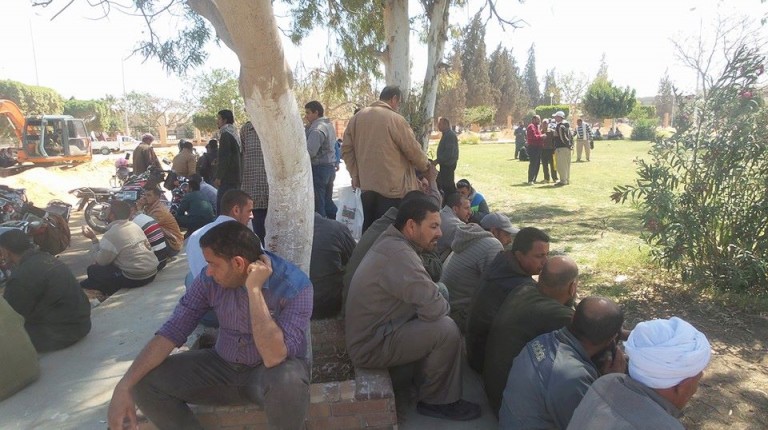 About 2,400 workers at Salihia for Investment and Development in Sharqeya continued their open strike Tuesday against the “polices of the management” who are, according to the workers, involved in corruption cases.

The workers demanded the ouster of the current general manger Mohamed Abdel Azzim, accusing him of corruption and squandering the company’s budget. The workers also demanded that a committee be formed, which would represent workers from all departments in order to address and study the company’s financial and logistical problems.

One worker, Hesham, said Abdel Azzim should have retired five years ago as he passed the retirement age. Abdel Azzim has been head of the company for 17 years.

Other demands included penalising workers in accordance with the by-law drafted by them, as well as the issuance of the annual bonus, and regulating the working hours.

On 3 April, President Abdel Fattah Al-Sisi signed six cooperation conventions with his Mauritanian counterpart Mohamed Abdel Aziz and discussed other bilateral relations during their meeting on Sunday at Itihadiya palace.

An official Mauritian delegation was supposed to visit the factory, but the visit was cancelled due to the strike.

Similarly, the workers told Daily News Egypt: “We don’t trust the current syndicate, the members of which are well acquainted with the management. We demand new elections in which the workers are the ones observing the electoral process.”

The company was established in 1993. Its activities range from poultry and organic fertilisers to food processing.

The workers staged similar strikes in 2012, with the same demands, which were not met.