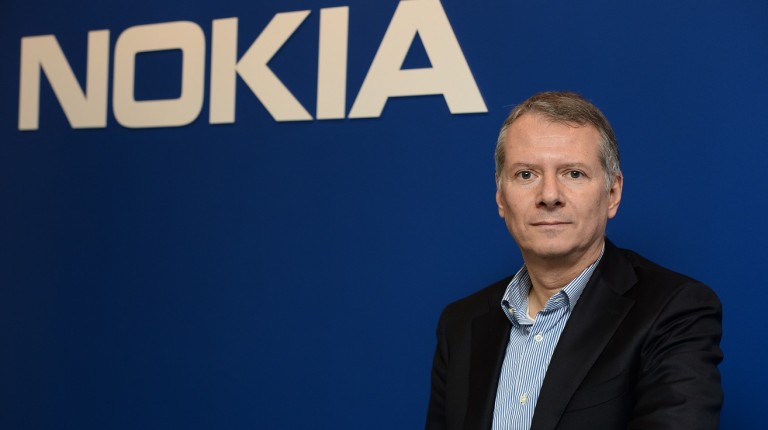 Nokia Market Head for Middle East and Africa Amr K. El-Leithy said the region’s markets have many investment opportunities in the communications sector, such as LTE wireless communication services and government services which depend on cloud computing technology.

El-Leithy told Daily News Egypt that Egypt is among the six most important markets in the region for the company, revealing that Nokia cooperates with Telecom Egypt (TE) in the project to modernise the telecommunications infrastructure by adding 100 GB fibre-optic cables.

According to El-Leithy, Nokia robust R&D spend, with pro-forma Eur 4.2 billion spent in 2014, greatly supports all our research at Bell Labs and FutureWorks.

What is your opinion of the communications market in the Middle East?

Most Middle East telecom markets are promising, such as Egypt, UAE, Saudi Arabia, Iraq and Iran. Therefore, we work with the majority of mobile service operators in those markets.

For example, we deal with the three major companies in Saudi telecoms market—STC, Mobily, and Zain. We also cooperate with the Saudi government in other projects, such as the implementation of the communications infrastructure for the Riyadh Metro project.

In the United Arab Emirates market, we cooperate with Etisalat and du, in addition to some government agencies. We have finished implementing the 4G projects—LTE, and the installation of 100 GB fibre-cables—in a number of these markets, which reflects Nokia’s interest in the Middle East’s promising markets.

What is the volume of the Middle East share in Nokia’s global business?

The Middle East is one of the most important areas for Nokia, as it commands a high volume of the parent company’s global business.

What are the challenges facing the company in Middle East markets?

The decline of oil prices affected the growth of some of the Middle East and the Gulf markets because it has affected the states’ budgets, as well as the budgets of some companies. In addition to the political instability in some countries are some of the most important challenges.

The devaluation of the local currency against the dollar affected the growth of the telecommunications market in a number of countries in the region and such as Turkey, South Africa, Nigeria and Egypt.

What investment opportunities are there in the region’s markets?

There are many opportunities, especially in African markets, such as the use of cloud computing in providing government services. We also provide this service in cooperation with the governments of Burkina Faso and Ghana, as well as cooperating with many telecom companies in Africa to modernise their services.

We also provide IT solutions to reduce costs and improve the quality of services in countries that are suffering from the devaluation of the local currency. In addition, we support mobile operators which are preparing to provide 4G services, such as in Algeria, Egypt and Nigeria.

The volume of business in the Middle East markets has shrunk significantly. How do you deal with that?

Indeed, some regional markets have shrunk, but we make up for this through the expansion of technological solutions that contribute to cutting costs. Moreover, we are focusing on developing markets because they offer many investment opportunities, such as 4G licences being granted in Algeria.

Egypt also is expected to grant 4G licences by the end of 2016 or during the first quarter of 2017. The Iraqi and Iranian markets are also promising, especially after lifting the embargo on Iran.

When was the acquisition of Alcatel-Lucent completed?

Nokia decided to acquire Alcatel-Lucent in April 2015, which was officially announced in January 2016 after the completion of legal proceedings.

How does the acquisition support Nokia’s plans?

Nokia was distinctive in the mobile networks services, while Alcatel-Lucent was known for fibre-optic cables and some mobile applications. The combination of the two companies will help provide integrated technology solutions and raise the market share and business volume of Nokia. The acquisition of Alcatel-Lucent will also increase investment injected in the market.

Nokia is currently seen as the world leader in 4G services, and became the first in fibre-optic cables after the acquisition of Alcatel-Lucent.

What is the size of the R&D budget annually?

We spend roughly €4bn annually on research and development works. There are 40,000 scientists and engineers working in different sectors of the company to develop and apply the latest techniques of telecommunication technology.

Some reports mention that large companies resorted to mergers and acquisitions to overcome the shrinkage of the market size.

The market is indeed very competitive and acquisitions support the size of works inside the company that, in turn, help the company increase its share in the market. Our sector is very R&D intensive, so getting the right scale is critical.

What new technology does Nokia plan to present in the coming period?

We are focusing on the Internet of Things (IOT) technology which comes amid plans to prepare the environment for applications that might be launched by telecommunication operators in the future, such as health applications and mobile phone network management through safe platforms.

We are running preparations to present 5G technology, which is expected to be among our main regional targetsin 2017/2018. 5G helps to increase download capacity, which is useful for videos, particularly considering the trend towards dominant video content on the internet. In addition, it will increase the capacity of fibre-optic cables from 100GB to 400GB.

On the domestic level, what investment opportunities have caught your attention?

We are cooperating with the Ministry of Telecommunication and Information Technology in updating the infrastructure of the telecommunications sector, including the project of replacing copper cables with fibre ones of a 100GB capacity. We are cooperating with Telecom Egypt in this project and we presented our ideas for the upgrade from fixed internet services to high speed broadband.

We are also working with the National Telecom Regulator Authority (NTRA) as a consultant for the new technological services, such as cloud computing and 4G.

Is the Egyptian market ready for 4G technology?

Egypt has the means to implement 4G services and the three mobile operators are ready as well. Egypt needs 4G, especially owing to the increase in mobile-internet users. However, the Egyptian market requires better organisation before launching the new service, in addition to providing all necessary means for launching 4G, whether frequencies or developed infrastructure.

Did the company start preparing its network to receive 4G services?

We are currently putting forth the vision to supply 4G services. However, we have not taken any actual steps, as we are awaiting licences to be issued.

What transformations are required in the telecommunications sector, technically, in order to move from 3G to 4G?

There are two ways. One is updating the mobile network entirely. However, this is more expensive than the second way. This second way is carried out through supplying the current networks with a specific technology that provides 4G technologies.

How did you overcome the crisis of providing the US dollar in the Egyptian market?

The devaluation of the local currency against the US dollar did not occur in Egypt alone, but also in many countries in the region. We have the experience to deal with similar reform policies. We faced similar situations in many countries and such crises did not affect our commitment towards our customers.

The situation that Egypt is facing now is in my view a temporary one. The serious steps taken by the government and the Central Bank of Egypt (CBE) prove that the country’s economic status will soon be improved.

Are there any difficulties in providing an efficient and trained technical workforce in the telecommunication sector?

Nokia Egypt has over 700 employees, which shows how many efficient and trained employees are present in the domestic market. Nokia Egypt is known for its efficient and well trained engineers who not only support our operations in Egypt but across the Region and in Europe as well.

Who are your most prominent customers in the Egyptian market?

We provide our services to the three Mobile operators and Telecom Egypt, besides a number of governmental sectors.

What size does Egyptian constitute out of Nokia’s total business in the Middle East?

Are there plans to expand your market share regionally?

We are going to focus on the new licences that will be granted to some Middle Eastern markets, in addition to expanding our services in these markets as they have a great potential to grow. We also plan to expand our technological services provided to the governmental sector.