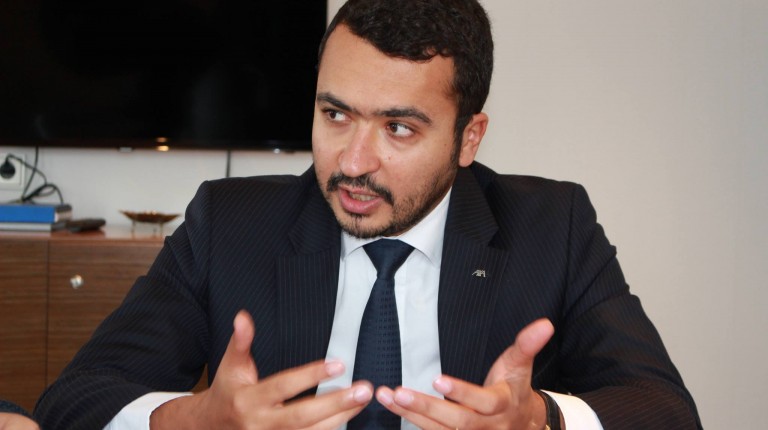 In Abdel Fattah Al-Sisi’s first speech to the country as president, he vowed that not only would the maximum wage apply to him, but that he would give away half of his salary and his wealth as a gesture to help the country’s economy.

During his speech, the president also stressed that Egyptians need to make sacrifices for the country.

In July 2014, the president issued a decree determining the maximum wage for state employees. The decree set the maximum income for any governmental employee to EGP 42,000 per month, which is thirty-five times the minimum wage.
The move was welcomed by Egyptians, government officials as well as businessmen at the time.

However, with the most powerful man in Egypt promising to sacrifice half his maximum wage “for Egypt”, why are leaders of the country’s business sectors refusing to accept the same wage?

The history of wage

Al-Sisi was not the first to take on the maximum wage battle. The law has been a long time coming. In July 2011, former finance minister Samir Radwan issued an official statement in which he state that a maximum wage would be applied at 36 times the minimum wage.

Then, in December 2011, the Supreme Council of the Armed Forces (SCAF) joined the game of setting a maximum wage and issued a decree to enforce it. The cap set by SCAF for the maximum wage was 36 times the minimum wage at the time, around EGP 25,000.

The decree exclaimed that the maximum wage would be applied to: “the total income that a person, working for the state, receives from public money, under the provisions of the civil law no. 47 of 1978, or employees working under special laws.”

According to the decree no one would be excluded from the application of the maximum wage, as it would include employees working in public authorities, economic authorities, any cadres, consultants.  The only exception would be travel expenses.

The law, however, was not implemented.

In May 2013, the Central Agency for Organisation and Administration (CAOA) announced that the maximum wage would be applied starting from the year’s beginning, January 2013, and would be implemented for “all administrative leadership in state positions”.

Government employees would receive optional declaration opportunities to disclose any payments they had received and which stands at over 35 times the initial appointment wages for higher education graduates, the CAOA Commissioner Jehan Abdel Rahman said.

“Working groups have been allocated to receive the statements, and to specify the exact amounts received,” she added.

In September 2013, then prime minister Hazem El-Beblawi announced that the cabinet’s decision on maximum income, set at EGP 42,000, would be implemented starting January 2014. In November 2013, the government issued an official decree to implement the decision.

The cabinet’s spokesperson at the time, Hany Salah, said that strict regulations would be placed and supervised by ministerial auditors to follow up on the implementation of the wage limits.

After President Al-Sisi issued his decree, several local economists and legal experts made media statements, assuring that the law is constitutional and should be applied without facing any issues.

No to maximum wages

In July 2014, several news outlets reported that the maximum wage was not being applied to the judiciary system, the police or the army. Former finance minister Hany Kadry Dimian denied these allegations.

In March 2015, the State Council’s Department of Fatwas and Legislation issued a rule exempting judiciary members from the law.

Around 140 bank executives handed in their resignations after the law was passed. The legal battle, however, was initiated by the Export Development Bank in February 2015 after the Administrative Judicial Court of the State Council accepted its lawsuit, arguing that the law was unconstitutional.

The State Lawsuits Authority filed an appeal, on behalf of the Egyptian president and prime minister, to revoke the exemption rule for some banks.

Banks officials were rumoured to receive between EGP 150,000 and EGP 300,000 but no official record was released to confirm those figures. The figure, however, was confirmed by a bank official working in the legal department.

The bank official added that public banks were discouraged after realising how much more executives will be making at other banks.

“Those loans would reach EGP 2m,” the bank official said, adding that: “applying the law on banks would have been problematic then because the interest payments of such loans would be possibly higher than the salary they would take at the time.”

Roqayah Reyad, the legal adviser for the Federation of Egyptian Banks (FEB), explained that the provisions of the law were not applicable to the banking sector and that is why it was not to be applied to the sector.

“Banks must follow the sector’s law No. 195 set by the Central Bank of Egypt so when they filed a lawsuit defying the law, they won,” Reyad said.

Telecommunications sector puts up a fight

Public telecommunication company Telecom Egypt also obtained an advisory opinion from the State Council in February 2015 to not pay its employees the maximum wage rate.

In December 2015, officials at the telecommunications sector expressed their concerns over the law’s application, assuring that the law might prohibit Egyptian telecommunications companies from attracting competitive candidates to the public sector.

At the time, the chairperson and CEO of Raya Holding Medhat Khalil explained that the law has pushed human resources to flee public companies and target the private sector, which would offer a higher salary.

Khalil stated that salaries in the telecommunications sector abroad are high as well as in the private sector, especially in the Gulf, when compared to the Egyptian market.

Communications and Information Technology Minister Yasser Al-Qadi said the Egyptian market is full of experts, refusing to concede that the maximum wage law affects the appointment of officials.

The minister highlighted his own experience leaving his chair as regional director for the Hewlett-Packard Company to become a minister, saying that this is the second time he left the private sector to work for the government. The first time was when he resigned from Cisco to head the Information Technology Industry Development Agency (ITIDA).

The effect of applying the maximum wage on the telecommunications sector is reflected, however, in the fact that the National Telecommunications Regulatory Authority’s (NTRA) executive position has been vacant since Hisham Elayly’s contract ended in mid-2015. ITIDA’s CEO position also remained vacant after Hussein El-Gueretly resigned in November.

A source at the telecommunications ministry told Daily News Egypt in March that El-Qadi will name new managers of ministry-affiliated associations, including a new CEO of ITIDA by the end of the month.  The position was recently filled by Asmaa Hosni in April.

Why is applying the maximum wage a challenge

Amr Adly, economic professor and former director of the economic and social justice department at the Egyptian Initiative for Personal Rights, said that even though a decree was issued and the law was approved by parliament, it still remains “challenged when it comes to its actual implementation”.

“Not to mention what we do not know [about who also refrained],” Adly added.

“We have seen that some parties refrained from implementing the law, such as the judicial system and the Ministry of Interior,” said Adly, explaining that those parties are among the public employees on whom the law should be enforced.

The era of Hosni Mubarak resulted in an unequal distribution of wages and resources, the economist said, explaining that this discrepancy did not just exist between government institutions but was also evident when comparing the salaries of employees who work on the same level within the same institution.

“The basic salary was fixed but wage variables, such as bonuses and raises, changed,” Adly said.

“A third-level employee would be receiving a salary that is 20 times higher than an employee on the same level,” he added.

The expert highlighted that the resistance of the law did not just take a legal form but executives quitting was also a strong form of resistance. Promises of saved spending after applying the maximum wages were made by former minister Dimian, who announced that around EGP 3.5bn to 4bn would be saved as a result of the wage cap.

The government did not announce, however, the specific amount of money saved after the law’s actual application. Dimian could not be reached for comments.