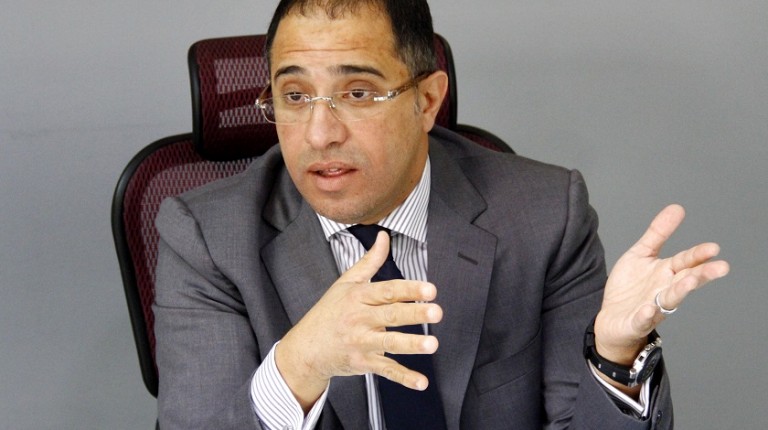 In an interview with Daily News Egypt, the managing director of Tatweer Misr, Ahmed Shalaby, reveals the company’s plans for 2016.

The company will inject EGP 500m worth of investments through IL Monte Galala and Fouka Bay projects in 2016. It has also submitted a proposal to the Ministry of Housing to take part in the development of the New Administrative Capital. The company is also participating in building low-income housing as part of the initiative put forward by the Real Estate Investment Division of Federation of Egyptian Chambers of Commerce.

The company also put forward a tender to implement the pavement and drilling operations for the first phase of the project that will be established on 700,000 sqm, 33% of the total area. The company received 10 offers from different contractors. Tatweer Misr is currently studying those contracts and will award the project to the winning company later this month.

The company will implement a number of units by the end of this year to allow clients to see fully furnished models. Tatweer Misr will open the Mountain Park project in May, which will be managed by mountaineers Omar Samra and Nora Kafafi. The park offers mountain activities and camp accommodation.

It will also host the first gathering for sculptors, which will include four Egyptians and two Italians by the end of April for one month. Throughout the period, artists will implement sculptures. The assembly is expected to take place twice a year for five years.

Can you give us details about the artificial lake project?

The company is contracting with international companies specialised in the creation of artificial lakes to implement the project on an area of 40,000 sqm. The project will take place on six levels and will have sandy beaches stretching 3km.

The first phase of the project will include 1,500 units, next to two hotels of 250 and 200 serviced apartments, alongside with another health facility of 100 rooms and 100 serviced rooms. Tatweer Misr is in negotiations with two international companies to manage the hotels.

What about the financing of these projects?

The company will rely on self-financing and sales proceeds to implement the residential portions of its projects. Financing by banks will be limited to the hotel sections as a long-term investment.

When will these projects start?

Reservations for the first phase are open. The phase’s seven parts have been promoted during the last CityScape and the marketing will continue through FY 2016/2017.

The company has also marketed the first phase of the Fouka Bay project, where its units are expected to be delivered within three years. The second phase of the project, which includes 500 units, will be offered during the summer. The Fouka Bay project is implemented in four phases over five years with investments amounting to EGP 1bn. The first phase included 155 units.

Can you discuss the company’s interest in the New Administrative Capital?

Tatweer Misr submitted a proposal to the Ministry of Housing to develop an entire project at the New Administrative Capital. The proposal included development of 500 to 1,000 acres. The company is now awaiting the ministry’s approval and the implementation scheme. The new capital integrates the company’s project in Ain Sokhna, especially after completing the national roads networks.

The integrated project includes opening a branch of an international university next to an international school complex, as well as commercial and administrative sections, a reclamation club, serviced apartments, and residential units.

I believe partnership is the best scheme to implement the new capital, instead of selling the land, as a major project requires huge, sustainable amounts of liquidity.

How can this be achieved?

Implementing a joint venture with the Ministry of Housing will require several financing channels, whether increasing the company’s capital, or inclusion of new partners, especially as the company starts a new subsidiary for each project to allow any shareholders entry or exit at any point.

Is the company considering any other partnerships?

The company is in negotiations with a number of Gulf-based investors to sign partnership agreements. Moreover, the company is also in talks with public sector firms that have large land portfolios.

How do you see the strategic plan of the government?

The government is adopting a number of large projects, including the Suez Canal Development Axis, the New Administrative Capital, the 1.5m acre reclamation project, the national roads network, social housing, and new cities such as East Port Said and New Alamein.

Are there many obstacles hindering national projects?

Provision of land, dollar availability, and trained, qualified labour at the main challenges. Offering lands in new areas should be different than developed areas, where the first should be done with facilitated terms.

The dollar price impacts the company’s operations, where it imports much of its materials from abroad. The dollar shortage also makes it harder for the company to attract foreign companies in light of two dollar prices on the official and the parallel market, which is 20% higher. This means that transferring liquidity through the banking system has a negative impact on investors.

Skilled labour is also a major problem, which can be overcome with training. Workers can also be exported abroad after training them.

What is your vision for the real estate market?

The real estate market will see more activity as the government has been expanding with national projects, as well as partnerships with the private sector. He noted that the growth rate of the economy is linked to how the state deals with important files, such as the dollar.

We called upon the government to pen a new, clear strategy, noting that the 2030 vision recently announced needs further clarification. The government can establish a new body under the cabinet to set plans and study possible strategies independently, so it would not be affected by cabinet reshuffles.

What about the low-income housing plan?

The company is involved in the low-income housing plan initiated by the Real Estate Investment Division of Federation of Egyptian Chambers of Commerce.

The Real Estate Developers Association is a big step for the sector; the association will regulate the market and merge developers into bigger entities. The bylaws of the association have been discussed among investors who are now waiting for the Ministry of Housing to draft the final version before reviewing it by the parliament.

The recently adopted real estate regulation bylaws include several advantages that can stimulate the sector, such as partnerships, master developers, and imposing fines instead of withdrawing lands.

Furthermore, the recent one-stop shop tender put through the Ministry of Investment, which kept the price unchanged and only auctioned the advance payment, is a positive step. The system will cut down on the land prices. The prices hikes in New Cairo are driven by auctions.

The price offered was high, even though studies showed that the price per sqm in New Cairo will reach EGP 12,000, and EGP 6,000 in 6th of October City, which makes it harder to develop lands and projects.

We called on the state to activate the master developer system and promote investments in infrastructure. I propose giving lands to investors to plan the infrastructure and implement the networks according to the government’s terms, before selling them to developers, where the sale proceeds will be divided with the state.