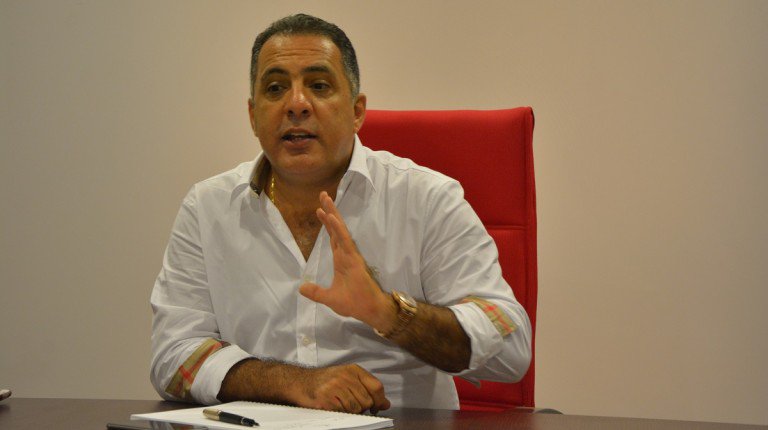 The company launched in 2005 and has executed 30,000 units in 17 residential and tourist complexes in areas such as Maadi, New Cairo, 6th of October City, Sokhna, Hurghada, Marsa Alam, and the North Coast.

Will Wadi Degla Developments increase its capital in 2016? What are the targeted sales?

The company seeks to achieve sales worth EGP 6bn in 2016, which marks an increase of EGP 3bn compared to 2015. The company will allocate EGP 3bn out of the EGP 6bn for the Neopolis project in the heart of El Mostakbal City.

We plan to increase the project’s paid capital to EGP 300m in 2016 to reach EGP 800m, which will cover the expansion plan. This expansion plan includes launching a number of new projects in addition to projects currently being implemented. The company had already raised its capital from EGP 170m to EGP 500m in 2015.

The company will adopt an expansion plan throughout 2016 by offering three new projects in the western North Coast area, Ain Sokhna, and New Cairo. This plan will expand the company’s development to cover a wider scale in various investment areas. The Ain Sokhna project includes 1,500 summer residential units near Galala Mountain and a project in New Cairo on 139,000 sqm, which includes 995 residential units.

Will the company expand in any other areas or governorates in the coming period?

The company does plan to expand in other governorates, particularly in Suez Canal cities, during the coming period. We submitted a request to the Ministry of Housing to partner with the ministry in obtaining new land in other cities as well as the designated Cairo capital area. We are currently awaiting approval from the ministry.

In addition, we submitted a request to the ministry asking for land in 6th of October City in west Cairo for developing a project on an area of 2,000 acres, along with an additional request for an area of 500 acres. We also want to develop a project in Matrouh governorate on an area of 1,200 acres.

What is the funding source for expanding these projects?

The company is relying on funding from banks for the implementation of the expansion plan. We have negotiated for funding with Commercial International Bank (CIB) and the United Bank of Egypt.

What is the size of the company’s land portfolio?

The company’s land portfolio is 6.5m sqm in seven regions. We have acquired more than 70% of land in east Cairo and have constructed about 30,000 residential units.

What is the update on the Neopolis project being carried out by the company?

The company approached the Ministry of Housing to request their cooperation in the Neopolis project in El Mostakbal City, located in New Cairo, which is being built on an area of 545 acres. The project includes 14,000 residential units, such as apartments and duplexes as well as a variety of infrastructures, including Wadi Degla club, a school, medical clinic, nursery, and commercial and administrative property.

The first phase of investment amounts to EGP 2.8bn, while total project investment will reach EGP 13bn. We expect EGP 20bn in revenue from the project, which is carried out on four different phases and we hope to complete the first phase in 4 years.

What other projects is the company working on?

The company is working on a number of projects related to tourism, including  the long-awaited beach resort in Ain Sokhna, called Murano, which is located on an area of 470,000sqm and includes 2000 units. A 4-star hotel with 110 rooms is also being developed, along with restaurants, cafes, swimming pools, and a private beach. The project was launched in 2015 with total investment amounting to EGP 1.5bn. It consists of three phases and the first phase will be delivered in 2018.

How much did the company pay in dues to the Egyptian General Company for Tourism and Hotels (EGOTH)?

The company paid EGP 180bn in premiums owed to the EGOTH in exchange for the land needed for the Murano project. It is scheduled to pay EGP 210m in 2016.

Wadi Degla Development also paid EGP 30m out of EGP 640m due to Misr Travel Company, the total amount will be repaid over a five-year period for the development of Magawish Village in Hurghada, which is owned by Misr Travel and affiliated to EGOTH. Wadi Degla won the tender to develop the village last year, after competing with three major companies operating in the real estate and tourism sector.

The village is located on an area of 800,000 sqm, with a total investment of EGP 3bn. The village development project comes within the framework of a partnership with the government. Wadi Degla is committed to developing the village in return for Misr Travel obtaining a financial share and another in-kind share. The project’s revenue will reach EGP 2.3bn and Misr Company will receive EGP 1.2bn divided into a financial share and another in-kind share.

What are the developments in your projects related to tourism?

Our projects related to tourism are in the development stage, including projects such as Blumar El Sokhna, which was launched in 2014 and is located on an area of 1,100m sqm and includes hotels, swimming pools, playgrounds, amusement parks, as well as a commercial area along with a water park. It has 3,023 units, and a construction cost of EGP 505m.

The Blumar Hills project is built on an area of 44,900 sqm in Ain Sokhna and includes 191 units, along with 600 sqm of commercial space. The project was launched in 2014 and is being developed in two phases.

What is your opinion regarding the new system of offering land through the one-stop shop?

Regarding the new system of offering land through the one-stop shop to compete at the highest down-payment, this will benefit the market in providing a fixed price and reducing problems related to land storages. In addition, this will be for the benefit of the government rather than brokers, who re-sell the land to developers after increasing its value.

This experiment will evolve with its implementation and experience revision in light of lessons learned.

What is your opinion on the low turnout for the recent bid offered by NUCA?

The price played a prominent role in the poor turnout of some companies in the recent bid for land in New Cairo, which was offered by the New Urban Communities Authority (NUCA). The companies are looking for investment opportunities at the lowest cost and highest return, and the exit of brokers from the bid prevented construction companies from competing for land.

What is the company’s strategy for increasing its land portfolio?

The company is seeking to increase its land portfolio through all available means; either through the purchase of land, equitable ownership, or through partnership. We prefer partnership because it provides liquidity for business development rather than being injected into the value of the land.

It is important for public business corporations to offer land up for partnerships, as they own large land portfolios and their capacity to develop these lands are less than the private sector. In any case, the partnership will increase the rates of development and achieve a profit for both parties.

What is your opinion regarding partnering with the government?

Partnerships between the government and developers is a sustainable pairing for the real estate sector; however, this requires offering land and projects to all investors who have experience.

The Ministry of Housing must regulate the market, develop, facilitate, and plan for cities. Real estate companies take responsibly for developing projects, while the ministry would intervene during the implementation process and provide middle-income housing units to meet market demands.

What are your expectations for real estate market growth in the coming period?

I expect the real estate market to continue achieving good growth rates in the coming years, due to growing demand for property in Egypt. This means that the market has a capacity to absorb investments and new projects in the coming period to meet the needs of the market.

Cityscape Egypt 2015 will be largest edition yet: Director