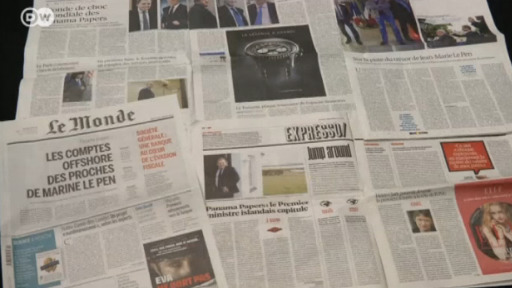 Panama’s president initially took a hostile position to French demands of cooperation over the ‘Panama Papers.’ But a phone call has changed the tone, with the prospect of talks.
After initially vowing that his country would not be made “a scapegoat,” Panama’s President Juan Carlos Varela appears to have done an about-face and is promising to cooperate in the fight against money-laundering.

Panama, a small Central American country finds itself at the heart of the so-called “Panama Papers.” The leaks of confidential financial information from law firm Mossack Fonseca are related to tax havens.

Varela assured his French counterpart Francois Hollande, during a phone call on Friday, of his country’s “commitment to continue cooperating with the international community in the fight against the improper use of financial and corporate services.”

Earlier on Friday, France had put Panama back on its list of Uncooperative States and Territories (ETNC) and Hollande had urged Varela to help French tax authorities with their enquiries.

“The president strongly encouraged Panama to respond to the demands for information from the French tax authorities,” Hollande’s press office said.

France’s finance ministry issued a statement, saying Panama was still failing to pass on necessary information such as the names of beneficiaries and the accounts of companies registered there.

France has called for a meeting of experts from the Organization for Economic Cooperation and Development (OECD) next Wednesday to work on “a coordinated action by tax administrations” following this week’s revelations.

The OECD said in a statement that the organization would “explore possibilities of cooperation and information-sharing, identify tax compliance risks and agree (on) collaborative action in light of the Panama Papers revelations.”

The organization has already formed a network of tax officials from around the world to crack down on tax evasion.

A world-wide scandal was set off when more than 11.5 million documents were leaked from the Panamanian law firm Mossack Fonseca.

The documents have stoked public outrage over how the world’s rich and powerful and, sometimes, criminal individuals manage to conceal their wealth and avoid taxes.