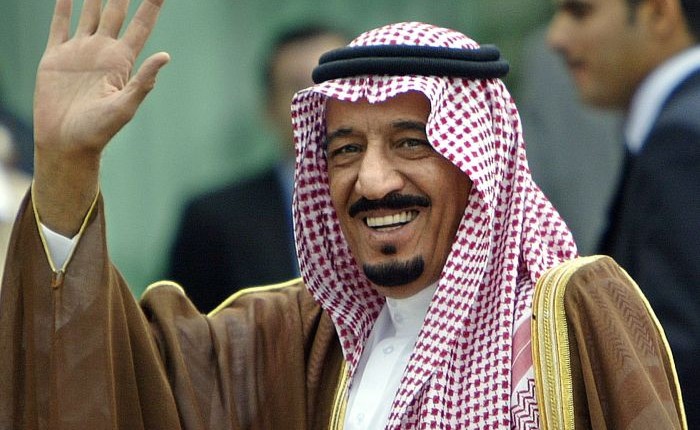 Saudi Arabian King Salman bin Abdulaziz Al-Saud launched an Egyptian-Saudi investment fund with a capital of SAR 60bn, following a meeting held with Egypt’s PM Sherif Ismail in the framework of the Saudi king’s first official visit to Egypt.
Saudi King Salman explained that the Saudi share in the investment fund is the equivalent of 50%, amounting to SAR 30bn, while the Egyptian side will provide the remaining 50% of the fund’s capital, to be paid in Egyptian pounds.

During the meeting, Ismail praised the Saudi king’s visit, describing it as “historic”, and pointing out that it confirms the depth of relations between the Egyptian and Saudi people.

During the meeting, Ismail stressed the government’s determination to promote political, economic, and trade relations between the two countries to reach a level that befits the two countries’ promising opportunities and solid ties, in the framework of supporting regional stability.

Egypt’s cabinet spokesperson Hossam Kawish said the prime minister praised the results of Saudi King Salman’s visit, which included signing several agreements and joint projects, such as the King Salman Bridge that will link Egypt to Saudi Arabia. He added that the government is keen to offer all facilities to Saudi investors to increase join investments. Kawish added that the government will follow up on all the contracts signed during the visit to ensure they turn into successful projects.

Saudi King Salman expressed his pleasure at being in Egypt, which he said he considers his second home. He said it holds a special place in his heart, adding that the special ties between the government and the people of both countries will improve even more with the new joint project between the two countries.

The Saudi king praised the Egyptian government’s efforts in promoting the private sector and for offering more facilities to investors, especially Arab and Saudi investors. He highlighted the importance of exchanging visits between officials and investors of both countries.

The volume of trade exchange between the two countries recorded $5bn in 204/2015. Saudi nationals top the list of investors in Egypt with contributions in capital issued totaling $6.13bn in 2016.