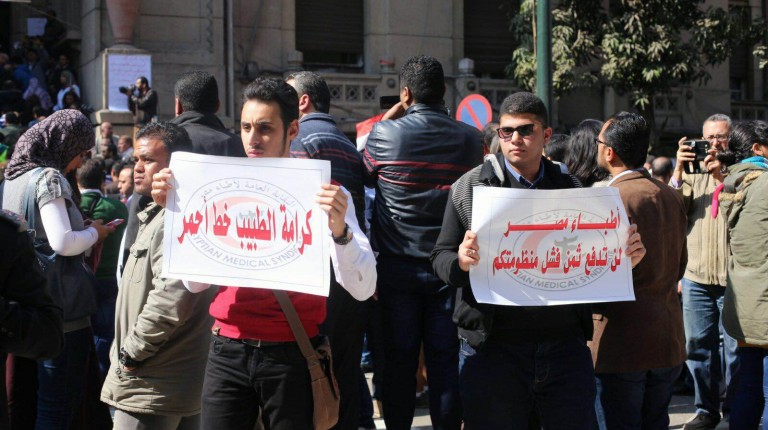 The Doctors’ Syndicate reiterated its call to increase security efforts at public and educational healthcare facilities to put an end to ongoing assaults against doctors.

The syndicate sent two letters. The first letter was sent to Prime Minister Sherif Ismail where they urged him to put in place a stricter penalty for those who assault doctors, similar to the penalty for assaults against civil servants, which could result in prison time.

The second official letter was sent to parliament speaker Ali Abdel Aal, and the syndicate urged him to draft new legislations to toughen the penalty of assaulting doctors and attacking healthcare facilities.

This follows an increasing number of reported attacks against doctors. A major assault on two doctors in the Matariya Teaching Hospital in late January prompted the syndicate to hold a historic assembly in mid-February.

The police officers accused of the assault are still walking free, as they were released 24 hours after the investigation summons. The syndicate still demands that they are referred to a trial.

More attacks against doctors have followed the Matariya incident, pushing the syndicate to call for legislative reform with harsh penalties for attacking doctors or healthcare facilities.

On Wednesday, the syndicate reported an assault by a patient’s relative on a doctor in the EgyptAir hospital.