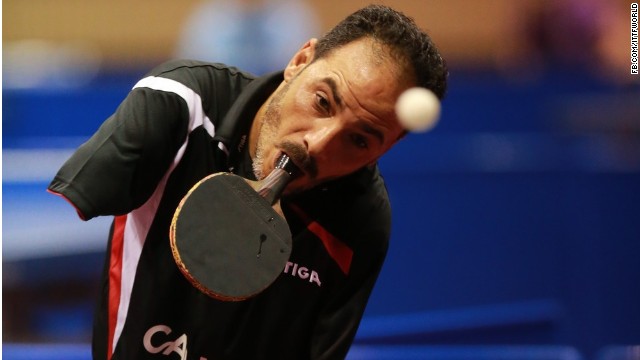 Egyptian table tennis player Ibrahim Al-Husseini Hamato, 41, qualified for the 2016 Summer Paralympics that will be held in Brazil 7-18 September 2016.

His qualification for the Paralympics came thanks to his performance in the African Qualifications for the games, which are the Olympic games for disabled players.

Damietta’s governor, Ismail Abdel Hamid Taha, received the Egyptian champion, who is from the port city, following the qualification games.

Hamato, who lost his both arms in an accident when he was 10 years old, is the only player that plays in table tennis using his mouth to hold the paddle.