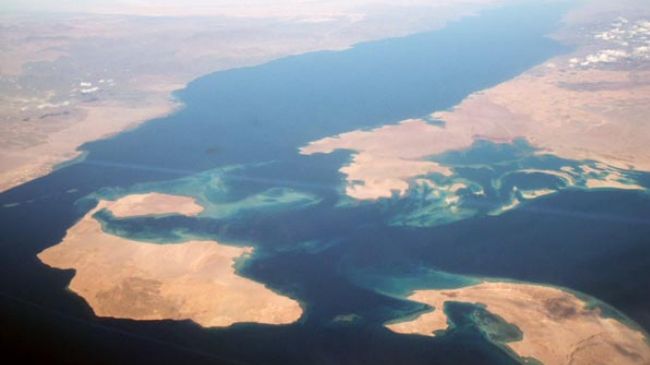 Israel is studying the legal status of the Tiran and Sanafir islands, the sovereignty of which were recently shifted from Egypt to Saudi Arabia, a decision that has proved controversial.

Sources at the Israeli Foreign Ministry said Israel will announce its official stance on the issue after the release of an inclusive judicial opinion on the matter, adding that if needed Israel will discuss the issue with Egypt.

Israel asserted that the decision will not affect Egyptian-Israeli relations, reported Israeli state media on Monday.

Egypt’s cabinet announced Saturday that Sanafir and Tiran islands will now fall under the sovereignty of Saudi Arabia after the demarcation of maritime borders.

The two islands are part of Sinai’s Zone C, which, according to the peace treaty signed between Egypt and Israel in 1979, is a limited arms zone where only the Multinational Force and Observers (MFO) and Egyptian civil police are allowed. Blocking passage in the Red Sea’s Straits of Tiran was Israel’s casus belli to the 1967 war.

Saudi foreign minister Adel Al-Jubair said on Sunday that his country is committed to the international agreements signed by Egypt regarding the islands.

However, the Saudi diplomat asserted that Saudi Arabia will not deal with Israel regarding the two islands as part of the peace treaty security protocol.

“Nothing links the kingdom to Israel regarding those islands,” he stated.

Al-Jubair explained, during an interview on CBC satellite channel, that if there were adjustments to the MFO deployed on the islands then talks would be conducted with the MFO, not Israel.

He reiterated that there will be no direct relationship between Saudi Arabia and Israel due to the restoration of the islands to Saudi authority.

The demarcation of maritime borders and the transition of authority over the two islands sparked widespread public debate in Egypt over the rightful ownership of Sanafir and Tiran.

Across social media platforms, regime supporters have attempted to prove the ownership of both islands to Saudi Arabia in order to support the cabinet’s decision, while opposition, rights groups, and activists rejected the decision, stating that both islands are part of Egypt’s sovereign borders.

They described the decision as “treason”, with many claiming the land was “sold” in return for Saudi investments, using a hashtag that translates to “the land was sold” to promote their stance.

Trial to contest Sanafir, Tiran’s sovereignty transfer to begin 17 May

Peacekeeping in Sinai: a change in the cards