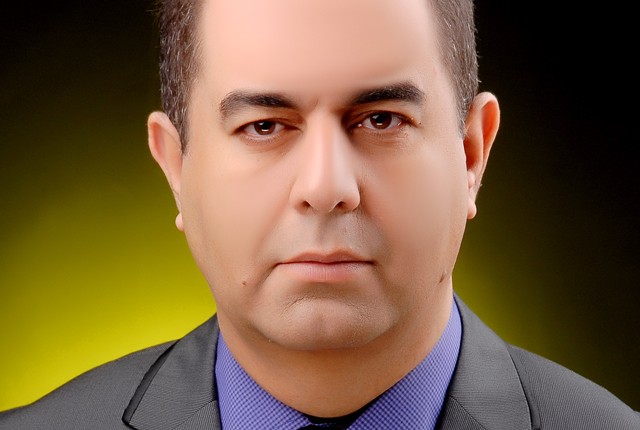 Why is it that the Egyptian elite suffer from a continuous state of funk? Why do these people have to go out of their way to present fabricated stories or half-truths to make us feel good about ourselves? Besides Egypt’s interesting history and rich culture, is it not possible for Egyptians to have pride in themselves for the mere fact that they are human, without waiting for someone from the so-called elite to raise our national self-esteem through falsehoods? Is it not enough for Egyptians to feel proud of their heritage, knowing they belong to the only nation on earth that has a science named after it, namely Egyptology.

Here is an example where the honourable minister of culture, Helmi Al-Nemnem, presents the Egyptian reader with a brief history lesson in the relocation of the Abu Simbel temple, as it was threatened by the rising waters of Lake Nasser during the construction of the Aswan High Dam.

While his article was written to commemorate the illumination of the sanctuary by the rays of the sun, the writer instead focused on the salvaging operation. The article, entitled The Spirit of Abu Simbel, was published on 23 February 2016 in the privately owned Al-Masry Al-Youm newspaper.

A translated extract of the article reads: “Many nations, 40 in total, aided Egypt in this undertaking, whether through support, technical expertise or even consultation. But the entire project, as well as the concept and execution, was, in its origin, an Egyptian decision and will.”

“The relocation procedure was done with precision, so that the scientific phenomenon that occurs twice a year was preserved, where the rays of the sun illuminate the face of King Ramses II during sunrise, inside the sanctuary chamber of the temple,” Al-Nemnem continued.

The dominant theme of the article is that all credit to this monumental operation rests completely with Egypt and, even though other nations were involved, the article gives those nations hardly any mention or credit for their contributions.

The article trivialises the 40 countries involved, affirming that the Egyptian effort stands out. Unesco described the operation as “The World Saved Abu Simbel”, as this operation involved Egyptian workers, foreign archaeologists and engineers, and international bureaucrats. Al-Nemnem forgets to mention that the Egyptian government commissioned Vattenbyggnadsbyran (VBB), based in Stockholm, as consulting engineers and architects for the 10-year project. He also neglects the Joint Venture Abu Simbel, an international consortium of contractors , which carried out the work.

The Swedish geological engineering firm proposed a “cutting” scheme, which was the cornerstone to disassembling the temple. The scheme presented by VBB was three times cheaper than all other proposals. The firm realised that the temple was originally built using a grid, and upon this grid the cutting scheme was planned. For this reason, Egyptian workers used special cutting saws to saw into the temple’s body. VBB provided the Egyptian workers with an epoxy to inject into the stones before cutting, in order to preserve the integrity of the stones. VBB realised that manual cutting was the safest method to disassemble the temple as the stones where porous and would not withstand any other heavy machinery. The firm also invented a new building material, a mortar made of Nubian sand, which was added to the blocks after the temple was moved to its new location and rebuilt. This new substance remarkably hid all joint lines produced when the statue was cut from its original base.

Al-Nemnem’s article tries to mislead the reader on the details of the operation, regarding both the foreign contribution and how inferior the tools were used by the Egyptian workers. Yet, in reality, the lifting operation was led by Italconsult, an Italian consortium with the most sophisticated equipment at the time.

The article also ignores one of the most crucial elements of the reassembling effort, as the relocated temple was reinforced by a concrete dome and concrete and steel reinforcements. The reinforcements were made to allow the temple to bear the load of an artificial hill which was erected to replace the original cliff into which the temple had once been carved. The concept, design, and construction of such supporting structures are attributed mostly to VBB. Yet, the minister of neglected to mention this.

The minister goes further in his fictional article in crediting Egypt with the success of preserving the twice yearly illumination phenomenon. Unfortunately, this is not true. While every care was taken in the relocation operation to preserve this phenomenon, modern engineering and the world could not outdo the brilliance of the ancient Egyptians, and the phenomenon is misaligned by one full day.

So, yes, the Egyptian workers and government did shoulder the greatest part of the burden of this noble enterprise. There is no doubt that they played a pivotal role. In addition to the Egyptian workers, the minister of culture at the time, Tharwat Okasha, one of Egypt’s most esteemed luminaries, lobbied tirelessly and selflessly on national and international fronts to gain support for the salvation of Abu Simbel, a calibre of intellectualism that seems extinct in our current day. But the Egyptians were certainly not on their own in this endeavour, and they did not use primitive tools as the article states.

This discussion is not primarily concerned with the salvaging of Abu Simbel. Any person can research this great undertaking on the internet and they will find numerous documents, photos, and videos that would lead them to the truth. VBB published a report at the operation’s conclusion, a richly illustrated volume of more than 200 pages. Rather, the discussion is concerned with the culture of deception with which Egyptians are struggling. Since the minister has his finger on the cultural pulse of the nation, and since he knows very well that Egyptians and Arabs hardly read these days, it is tragic and disappointing that a figure in his position would write such a misleading piece.

The mentality of the minister’s article is one that the people have been shrouded with for the last 50 years. Such mentality trains the people to not complain, face their problems, or demand solutions from those who are responsible. Rather, it is the mentality of burying our heads in the sand.

Mr Minister, you should know that the people see through this now. But it is not only that. The people have stopped listening. Egyptians do not need lessons in a fabricated past. The Egyptian people do not need to be reminded of the legacy of their ancestors in order to advance. The people need proper role models of today, role models who represent the truth, who are honest and incorruptible, individuals who do not resort to falsehoods and dishonesty. The Egyptian people are in need of a better and more honourable breed of intellectuals, who are genuinely serving the interests of the nation and the people.

Exaggerations cannot build strong cultures. You might believe that you are offering the greatest of services by writing such article to rally the people around some ideal or cause, but nations with dishonesty as part of their DNA are failing ones, and Egyptians have had enough of it. They are in dire need of the achievements of today, events that will radically alter their lives for the better. They need events where they can truly feel a sense of achievement and belonging, because they were part of those changes.

A minister of culture should be concerned with far more important issues than skewing past events. How many cultural centres in Egypt are closed or suffering from lack of funds? How many people have been sentenced to prison because they exercised their rights to express themselves through different means of culture, whether it is through different genres of writing, or a group of talented youngsters trying to heal society’s ailments using the art of drama and performance? As a minister, you should be lobbying to change legislation to protect the talented and gifted and foster a cultural atmosphere that breeds innovation.

But, unfortunately, it seems our ministers, politicians, parliamentarians, and the intellectual elite are only interested in attending grand openings and ceremonies, taking selfies, and rewriting the history books based on their personal agendas.

Runoff elections, a curse to our democracy!

A celebration for democracy…or is it?