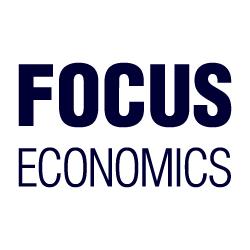 The Egyptian economy’s rate of inflation is expected to average 10.6% in 2016 and 10.3% in 2017, according to Focus Economics Consensus Forecast.

Focus Economics expects the GDP of the Middle East and North Africa region to grow by 3.9% in FY 2016/2017.  Focus Economics states the Egyptian government’s 2016/2017 draft budget, which was approved by the government on 30 March, sets a more ambitious growth target than the last budget. The draft budget aims to reduce the inflation and the fiscal deficit. However, recent indicators suggest that Egypt’s current economic situation is still far from glowing.

The report sees that the recent policy changes are a step in the right direction to revive the economy and reduce macroeconomic imbalances in the long term. However, growth is still restrained by slow implementation of structural reforms and ongoing security concerns.

Inflation fell from 9.1% in February to 9.0% in March, according to Central Bank of Egypt (CBE). The decrease follows the government’s decision to control commodity prices and introduce import controls in addition to the CBE’s higher interest rates.

The CBE raised the overnight deposit rate to 11.25% on 17 March 2016, in order to reduce inflation following the devaluation of the Egyptian pound.

Focus Economics expects consumer prices to continue to rise. Their project rose by1.5% since March, which posted a 1.0% increase from February.

Focus Economics is a provider of economic analysis and forecasts for 127 countries in Africa, Asia, Europe and the Americas.