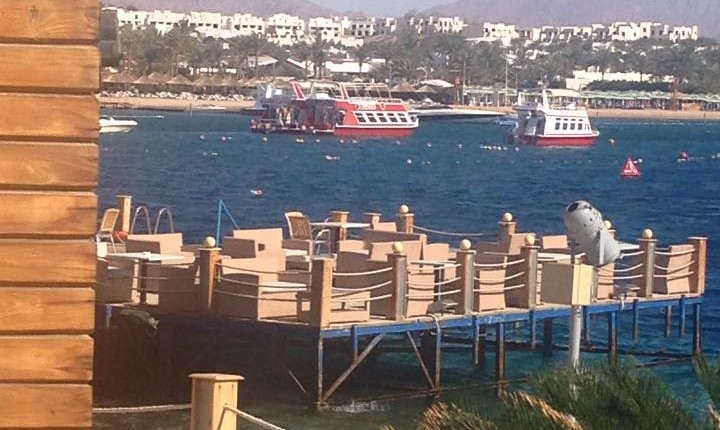 In the wake of the decline in tourism, Egyptian sports federations have begun to boost tourism by organising international championships on Egyptian soil, especially in tourism areas, such as Sharm El-Sheikh and Hurghada, which used to be some of Egypt’s greatest attractions,.

This month is full of prestigious sporting events. The most recent championship of mention is the 2016 ATU Triathlon African Cup and Pan Arab Championships, organised by Alameda Triathlons and the Arab Triathlon Confederation, which was held in Sharm El-Sheikh earlier in April.

Dubbed one of the top eight international squash championships, El-Gouna International Squash Open will be held in the resort town of El-Gouna from 21 to 29 April.

IEvents is the company responsible for organising El-Gouna International Squash Open tournaments. Founder and CEO Amr Mansi previously told Daily News Egypt: “Through these sporting and entertainment events, including the famous Greek singer Yanni’s concert at the Pyramids, we could recover tourism in Egypt and fight the impact of terrorism which is hindering the perception of Egypt abroad.”

When asked whether El-Gouna championship is only being held for the purpose of sport, president of the Egyptian Squash Association Assem Khalifa responded: “Benefiting tourism in Egypt through these prestigious championships comes at the top of our priorities.”

Khalifa then revealed a surprise: “We will resume the Al-Ahram Squash Championship at the Pyramids of Giza, next September.” This championship has been suspended since 2001..

The HSC will also be hosting the 25th edition of the Heliopolis International Water Polo and Synchronised Swimming Tournament at the club in September.

During the 24th edition of this tournament held last year, the HSC organised a cultural tour of Cairo for the Serbian, Hungarian, German, Greek, and Russian champions. Former public relations and members affairs’ officer at the HSC, Sabry El-Said, previously told Daily News Egypt: “a country with one third of the world’s monuments should not be facing this decline in tourism. This was our motivation behind organising this two-day cultural tour.”

There was fierce competition as to which country would host the 2017 Basketball World Cup for under-19 players. Despite some claiming that Egypt could not host an international championship, as the “security situation in Egypt is not safe”, the International Basketball Federation (FIBA) announced Egypt as the host country, beating out Italy, Latvia, and Israel after receiving the most votes.

It is not just federations working to boost tourism, famous Egyptian sports figures have also done their part to support sporting events held in Egypt in order to benefit tourism.

Recently, Egyptian sumo champion Abdel Rahman Shaalan met with President Al-Sisi in Tokyo, Japan. The president requested that Shalaan help to motivate tourism in Egypt by organising Japanese tour groups. Shalaan launched an initiative on Twitter for an organised trip to Egypt for Japanese tourists, which led to him finding 150 Japanese nationals who wanted to visit Egypt.