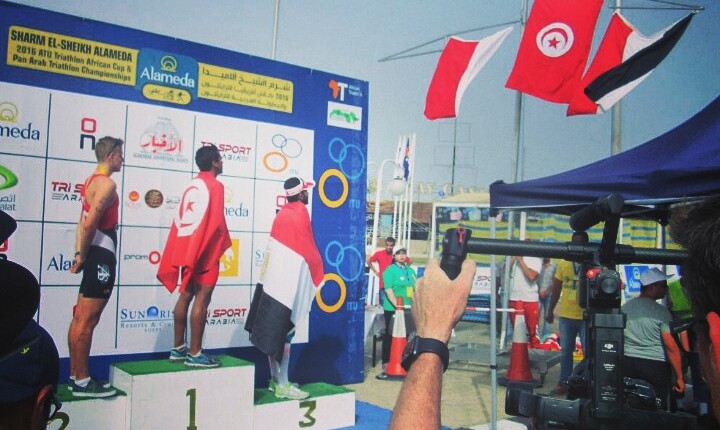 Even when surrounded by some of the best in the region, Egyptian athletes stood out at the 2016 ATU Triathlon African Cup and Pan Arab Championships, organised by Alameda Triathlons and the Arab Triathlon Confederation.

Egyptians Fatma Hagras and Hadeel Magdy came in first and second place, respectively, in the elite women’s division of the duathlon.

Although it was an Arab and African tournament, European champions were allowed to participate and also showed excellent performance.

The tournament included divisions for disabled athletes of which Egyptians were the highest demographic. Egyptians Sameh El-Geziry and Yehia Mady competed in the para-duathlon competitions. In the para-aquathlon, the Egyptian participants were Mohamed El-Nemr, Waleed El-Hadidy, Mohamed El-Sayed, Mahmoud Taha and Ibrahim Hafez.