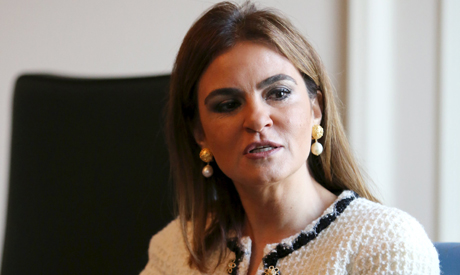 Minister of International Cooperation Sahar Nasr announced the Egyptian government and the World Bank will conduct a comprehensive survey of the private sector to identify investment hindrances.

The results will be compared to a similar survey conducted before the 25 January Revolution.

The World Bank and the Central Agency for Public Mobilisation and Statistics (CAPMAS) oversee the survey of 1,300 Egyptian and foreign companies, stated Nasr, who was attending the spring meeting of the International Monetary Fund (IMF). The report will focus on the companies’ ability to secure foreign currency, investment policies, and transportation.

Egypt will apply for a review of the United Nations Sustainable Development Agenda 2030 among 22 other countries, including Morocco, Sierra Leone, Togo, Uganda, Madagascar. Egypt will host the first regional session of the report on 26 May, according to Nasr.

The government will present a US$ 500m development project for Upeer Egypt during the World Bank meeting in June, Nasr stated.

Egypt obtained the approval of the International Finance Corporation and the European Bank for Reconstruction and Development to construct the Abu Rawash sewage plant last week, according to Nasr. The project will be implemented with the cooperation of the private sector.

Korea has provided a grant to the Egyptian government and Samsung to establish a Faculty of Technology in Minia.

During her first day in the US capital, Nasr met with Aloysius Ordu, the director of the Partnership for Transparency Fund, Keiko Honda, the executive vice president of the Multilateral Investment Guarantee Agency (MIGA), and Kaushik Basu, the senior vice-president of the World Bank Group.