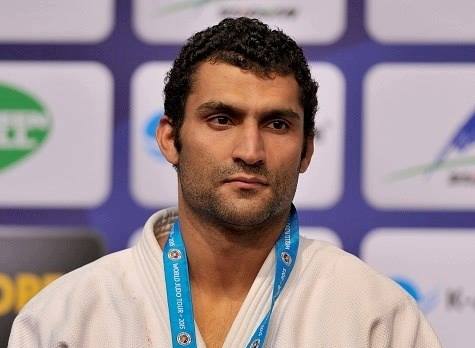 Egyptian judo champion, Ramadan Darwish, continues to surprise spectators with another international win at the African Judo Championship held this month in Tunisia.

Darwis competed in the under-100kg division, and emerged victorious from the final match against Algeria’s Lyes Bou Yacoub.

The legendary judoka made his way to the final after winning against Gabonese Luc Odelin Manongho in the quarterfinals, and Cameroonian Seidou Nji Mouluh in the semi-finals.

Darwish has qualified for the Rio 2016 Summer Olympics. He previously told Daily News Egypt that he will continue to compete in upcoming tournaments this year, not just to build his sporting portfolio but also to maintain and improve his performance in anticipation of this summer.

Earlier this year, Darwish won gold at the European Judo Open held in Sofia, Bulgaria. He competed against Brazilian judoka Correa Luciano in the final.