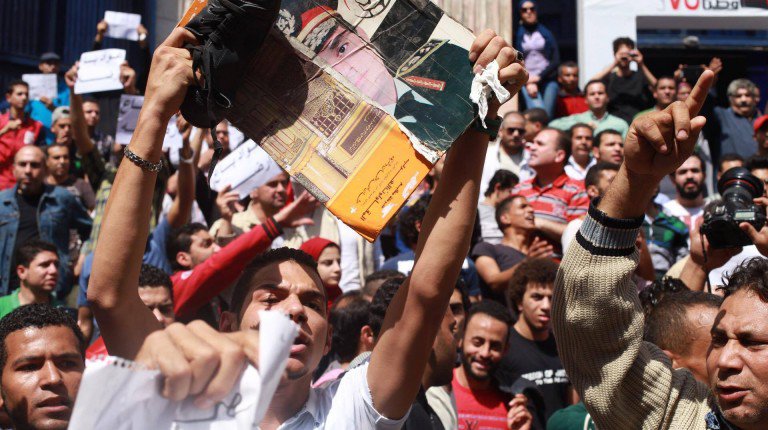 Three university students who were arrested by police in Tanta following Friday’s nationwide demonstrations against the transfer of Tiran and Sanafir islands will appear before the prosecution on Tuesday.

The students’ whereabouts were unknown to their relatives following their arrest on Friday. Rights lawyer Malek Adly told Daily News Egypt that lawyers discovered that the students were detained in the Tanta National Security Apparatus headquarters.

While the majority of protesters arrested during the demonstrations were released on Friday, the Qasr Al-Nile prosecution has held the 25 protesters in detention, according to a number of human rights NGOs working on the case. The police station released 69 protesters on Friday.

Protests erupted against President Abdel Fattah Al-Sisi and his government after Egypt and Saudi Arabia issued an agreement to demarcate a new maritime border during the visit of Saudi Arabian King Salman bin Abdul Aziz earlier this month. Under the terms of the agreement, Egypt transferred sovereignty of Tiran and Sanafir islands to Saudi Arabia.

Protesters have issued calls for demonstrations on 25 April, which coincides with Sinai Liberation Day.

22 ‘Friday of the land’ protesters released

In Video: Families of detained protesters assaulted outside court