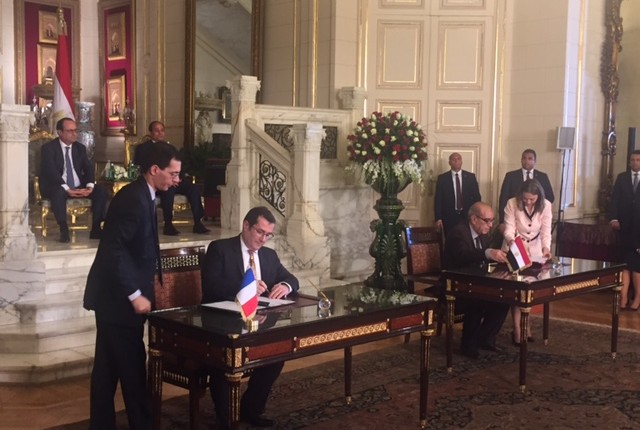 General Electric (GE) signed a protocol of cooperation with the Egyptian Electricity Transmission Company (EETC) worth $250m that seeks to provide advanced technology and support to four electricity grid substations.

GE will supply 7 GW to the national electricity grid, which is the equivalent to the electrical needs of more than 6.5m homes in Egypt.

The protocol was signed between GE and the EETC in the presence of the French president François Hollande’s and President Abdel Fattah Al-Sisi. Several other agreements were signed between the two countries to enhance France’s economic development support in Egypt.

French components represent approximately 50% of the total project, including the Gas Insulated Switchgear, which is manufactured and assembled in France.

This project will be implemented in alliance with Rowad Modern Engineering, a leading Egyptian contractor that will facilitate the construction work on the substations.

The first phase, which includes the Mostathmereen substation, will be connected to the grid within six months, and the remaining three substations will be completed by the end of 2017.

According to the contract, GE will also provide a digital system for data protection, a network management system, and telecommunications solutions to help in connecting the substations to the National Energy Control Center to improve network stability.