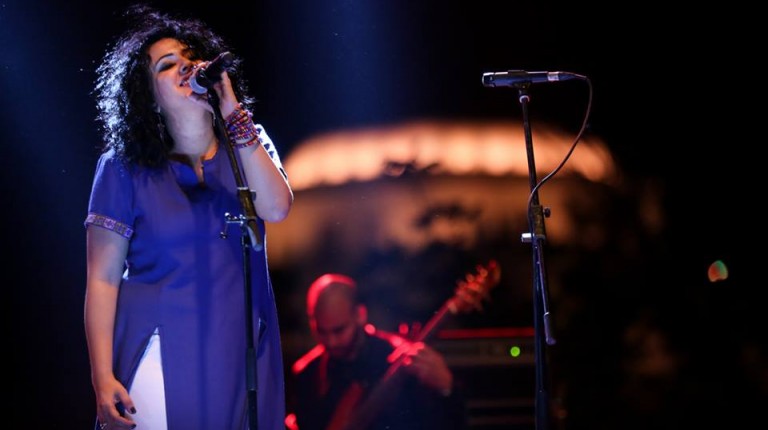 The Musicians Syndicate rescinded the permit of Egyptian singer Dina El-Wedidi on Sunday night after accusing her of insulting the board of the syndicate, according to the syndicate’s media consultant Abdel-Rahman El-Sayad.

The decision came after Al-Wedidi posted a comment on her social media account that praised a judicial ruling that limits the syndicate’s ability to criminalise musicians for not obtaining permission to perform. Al-Wedidi wrote, “This is great news. I congratulate all of us”.

El-Wedidi characterised the board of the syndicate as thugs which was met with anger by Hany Shaker, the head of the syndicate. Shaker held an urgent meeting with board members, resulting in a decision to prevent El-Wedidi from performing by revoking her licence without prior notice.

According to El-Wedidi’s manager, the syndicate’s board members did not inform the singer of the decision. Instead, El-Wedidi heard about her suspension from media outlets.

“She was shocked when she read the news. No one told her anything about it,” El-Wedidi’s manager said.

El-Wedidi annouced she would appeal if the news about the decision is accurate. “This decision is illegitimate and, if true, I will appeal it because it was issued without any further investigation into what I said.”

A court issued a decision last week to prevent the Musicians Syndicate from criminalising performers who had not obtained its permission. The law struck down by the judiciary would have allowed members of the syndicate to shut down concerts on suspicion of illegal activity and to reserve the right to arrest any of the artists or attendees, a power that that was previously restricted to the police.

I will explore all music genres until I find my identity: Dina El-Wedidi

Dina El-Wedidi sings to the beats of a generation