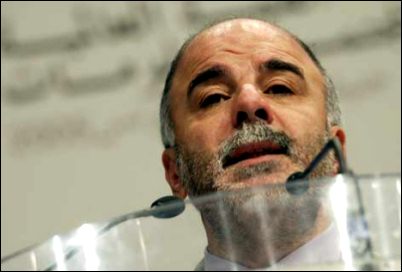 The Egyptian president Abdel Fattah Al-Sisi emphasised the importance of supporting all Iraqi sects to achieve a national accord during a phone call with Iraqi Prime Minster Haidar Al-Abady, according to a statement released by the presidency on Wednesday.

During the exchange, the Iraqi PM presented his country’s policy to address corruption and expressed Iraq’s interest in activating previously signedEgyptian-Iraqi agreements.

Both sides agreed on the importance of maintaining Arab state institutions in the Arab and pushing efforts to reach political solutions to conflicts in the Middle East.

Mass protests have called for Al-Abady’s resignation for his failure to address reported widespread government corruption, Reuters reports. The Iraqi parliament has been unable to approve Al-Abady’s cabinet due to sectarian disagreement, which has effectively paralyzed politics in the country.  There have been calls to institute a technocratic government to contain corruption.