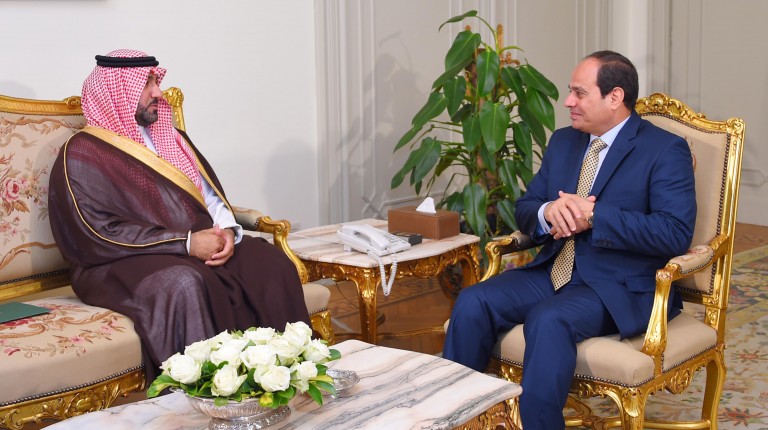 The Saudi prince, who is also the CEO of King Abdulaziz Foundation Charitable and Humanitarian Activities, told Al-Sisi about a number of expected investments by the organisation, according to a Thursday presidential statement.

Investments include renovations to Al-Azhar Mosque and its monumental chiefdom, the construction of a building to house an Al-Azhar satellite broadcasting operation and printing house. Moreover, the foundation will invest in a project to build a new Islamic Mission Institute, the Madinat Al-Beouth Al-Islameya Complex, in addition to Al-Azhar’s existing one.

The foundation will also be in charge of building a male student hostel in Tanta and four female pharmacy and dentistry faculties in Cairo and Luxor.

The investment comes in the wake of King Salman’s first official visit to Egypt on 7 April. Despite the encounter being lauded by both governments, the king’s stay did not end smoothly, as public controversy arose upon the announcement of an Egyptian-Saudi maritime border agreement, transferring Egypt’s sovereign control of two Red Sea islands to Saudi Arabia.

United Arab Forces? A wish Al-Sisi may come to regret