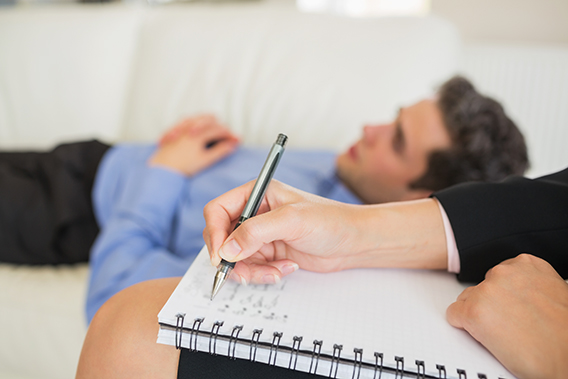 The Danish philosopher Søren Kierkegaard is considered one of the first proponents of existential philosophy, at least 100 years before Sartre. It can be attributed to simple luck that existentialism was linked to Sartre’s name, forgoing other philosophers.

Kierkegaard can also be credited for a quote that was later deemed to be crucial in the process of psychotherapy, and this is: “The sufferer must help himself.”

The meaning of this statement is that psychotherapy is the responsibility of the person receiving treatment, and not the psychotherapist’s, regardless of gender or position.

To that statement, I would add that the steps of psychotherapy involve a number of steps taken or decisions made by the person who has the problem. These can be summarised as five decisions.

The first: the person decides that a problem exists. This problem could be any of the ones that we have previously discussed in the second part of this series.

The second: the decision that this problem is negatively affecting the person’s life. In what ways can a problem affect your life? This can simply be through constant irritation caused by the problem, because you strongly feel it and realise its presence.

Conversely, it could be the case that you do not realise you have a problem, but you continuously experience unjustified events and results that you do not understand the reason for.  To sum up, you either realise that the problem exists, or you can only feel its impacts on you.

The third: the decision to seek professional help. This help can come in the form of any one of the specialities that we have discussed in the first part of the series.

The fourth: the decision to be involved in the psychotherapist’s decision-making in issues related to the person’s problem.

Many people believe that once they make the decision to see a psychotherapist, they have already done all they can do. In fact, that step can only be considered the beginning of the treatment process, rather than the end of it. Thereby, when you make this decision, you must leave stubbornness and defensiveness at the clinic’s door.

Decision-making is now a process equally involving both you and your therapist. Of course, your therapist will not make decisions for you—instead, their job is to ensure that you are aware of all your options.

The fifth: the decision to reassume agency over all decisions in relation to the problem following recovery. Many people tend to take a longer time than they should in this step. They visit a therapist, they get better, the therapist tells them the treatment phase is over, however; the person refuses to stop receiving treatment.

A state of dependency on the therapist begins, where the person is scared to become independent in his own decision-making again. It is tempting, because why not have a therapist who thinks with you, and makes decisions with you, providing some sort of protection at all times? Unfortunately, this leads to a state of fear of recovery.

These are five steps or decision that should be made by “the sufferer” to be able to help him/herself.

Ahmad Aboul-Wafa is a specialist psychiatrist.