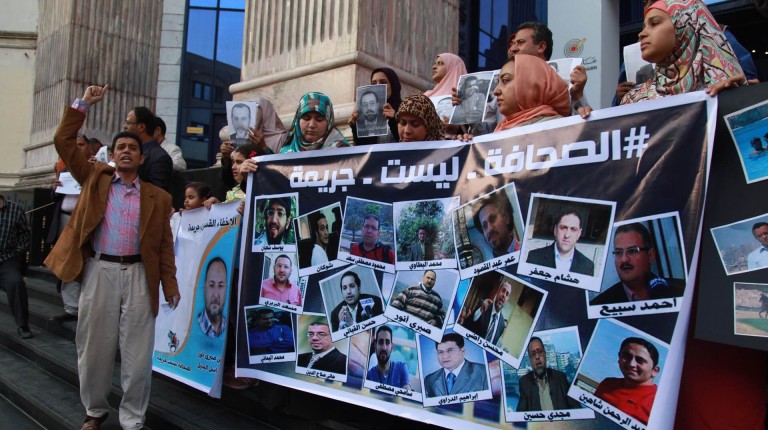 The Journalists Against Torture Observatory (JATO) reported that 222 violations were committed against reporters and media personnel in the first three months of 2016.

The report revealed that violations against the media and press have increased in comparison with the first three months of 2015, when only 125 violations were recorded.

The JATO report documented the violations through testimonies and news reported on various media outlets.

The report said 24 violations against the press were committed by the Ministry of Interior and by 13 judicial systems. Forty-one lawsuits were filed against media personnel, mostly by government officials.

Between 2015 and 2016, deleting content on cameras and preventing press coverage were recorded as the top violations against journalists

The report concluded by stressing on the necessity of activating the role of the Press Syndicate in protecting journalists from state violations, and to create a dialogue within the syndicate to search for possible solutions to avoiding violations.

In March, JATO documented 32 cases of journalists being prevented from covering events in a report on violations and examined 12 types of violations against journalists by the government, and ministries of interior and justice in February 2016.

Since the ouster of former president Mohamed Morsi in 2013, journalists have faced an increase in threats while reporting in the field, particularly when covering protests.

46 years after Press Syndicate law first issued: is it time for an update?

In Pictures: Protest at the press syndicate for imprisoned journalists