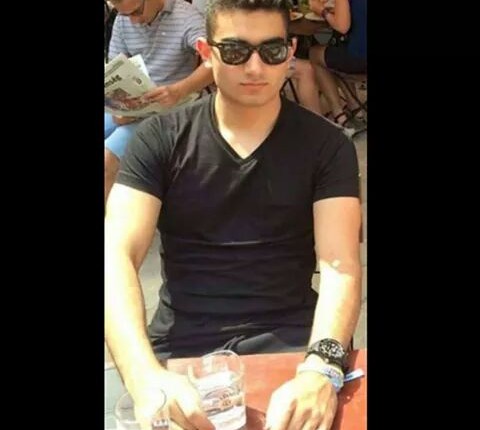 The British Embassy in Cairo issued a statement on Wednesday, mourning the death of Egyptian national Sherif Adel Habib in a fire in London, and confirming that the embassy is closely following reports on his death in cooperation with the Egyptian and British governments.

The body of Habib, who was living in the UK, was found burnt in car that was set ablaze in a garage fire in Southall, west London early Monday. The fire erupted in a residential property in Cranleigh Gardens, Southall, according to the British police statement.

Police, firefighters and ambulance services immediately attended to the scene and transferred Habib to a specialist burns unit in a hospital in Essex, where he died due to severe burn wounds in his body.

The embassy said his next of kin were immediately informed about the case, adding that the autopsy on Habib’s body will be ready in “due course”. It also confirmed that no other injuries or deaths were reported in the fire.

Detectives investigating the case in Ealing have arrested a man in his 20s on suspicion of intentionally starting the fire and endangering the victim’s life. However, he has been released until mid-June, pending ongoing investigations, according to a police statement.

The British embassy said investigations into the case will remain a police matter, and the UK government is in contact with the Egyptian consulate to respond all questions and requests from the Egyptian government and the victim’s family.

Meanwhile, the Egyptian presidency released a statement on Tuesday evening expressing its condolences to Habib’s family, and confirming that the Egyptian authorities are closely following the investigations in the case.

Also on Tuesday, the Egyptian Foreign Ministry said it is following the updates in the case, and demanded that the British Embassy facilitate procedures for any members of Habib’s family who wish to travel to the UK to assist his parents.

Furthermore, the Free Egyptians Party demanded, in a statement on Tuesday, prompt investigations into Habib’s death. It also said their representative in the UK, Nader El-Sharkawy, urged the British authorities for quick investigations to arrest suspects as soon as possible, and confirmed that it will continue following the case with El-Sharkawy.

Media figure and MP Mostafa Bakry further made a request in the parliament calling on the foreign ministry to reveal all details behind the death of Habib, stating that a “few days ago, the UK government called on the Egyptian government to unveil the identity of … Giulio Regeni’s killers. We too must express to the UK government our great concern and demand that it immediately reveal the Egyptian man’s killer”.

Despite numerous incidents of Egyptian deaths abroad, particularly in the Gulf, this is the first time the Egyptian presidency has directly intervened and issued a statement on the matter.

This comes as Egypt faces mounting pressure from the international community over the death of Italian PhD candidate Giulio Regeni, who is widely believed to have been tortured and killed by Egyptian security forces after his body was found in a ditch on 3 February, nine days after he went missing.

Earlier this month, the UK government responded to a public petition on the issue, calling for full and transparent investigations by the Egyptian authorities into Regeni’s death.