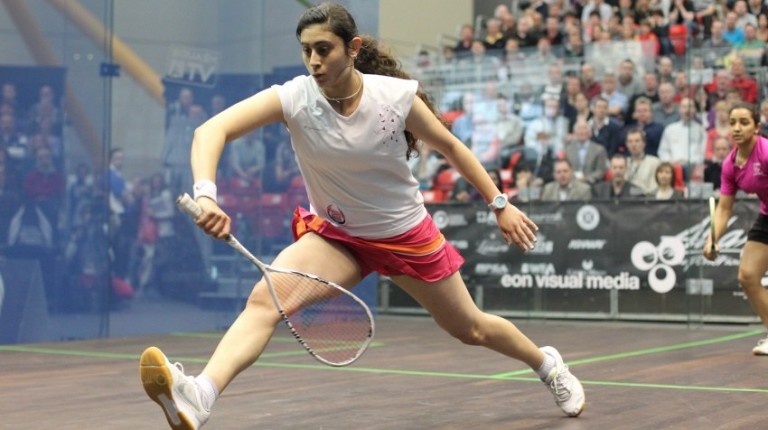 Egyptian Nour El-Tayb was ranked ninth in March. Nonetheless, she dropped to 12th place with 6,130 points this month.

The PSA also released its April 2016 ranking for male squash players. As in March’s ranking, five Egyptian squash players are among the top 10 international players.

Egyptians Omar Mosaad and Ramy Ashour came in fourth with 11,920 points, and fifth with 7,475 points, respectively.

The players who took their slots in sixth and seventh place were Colombian Miguel Ángel Rodríguez (7,745 points), and France’s Mathieu Castagnet (7,470 points), respectively.

Germany’s Simon Rösner, maintained his place in ninth, this time with 6,825 points.

Instead of remaining in 14th place, as in March, Egyptian Ali Farag was ranked 11th, with 5,615 points. He pushed out his compatriot Marwan El-Shorbagy, who was ranked 11th in March, but came in 12th place this month, with 6,440 points.

Another Egyptian player, MazenHesham, dropped from 17th place in March to be ranked 20th in April with 4,160 points.