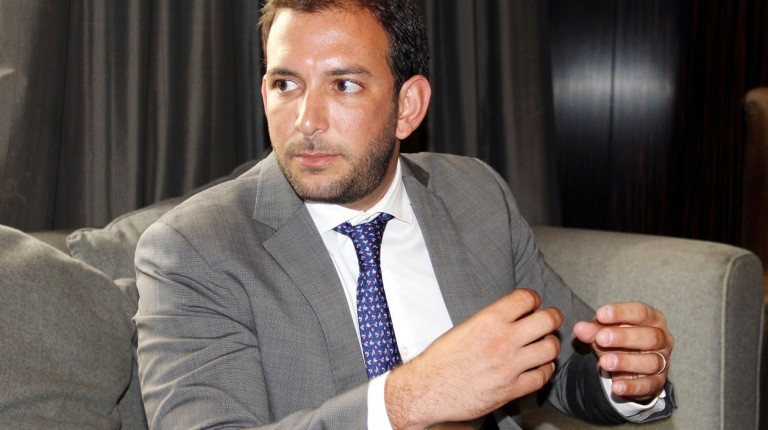 Orascom Hotels and Development (OHD) is planning to begin the expansion of the second marina in El Gouna resort town, north of Hurghada, in early 2017 through financial leasing, according to general manager of the resort town, Mahmoud El-Baroudi

El-Baroudi said the aim of the expansion is to add 50 new yachts so the marina’s capacity will increase to allow for 310 yachts. El Gouna is located on an area of 37m sqm, with two marinas.

What is the investment cost of the new marina project?

The investment cost of the project is still being studied, and the company is seeking to finance the project through financial leasing from one of our sister companies.

Yacht tourism is a very prominent tourist pattern, and the Egyptian tourism sector should work on developing its infrastructure to attract more cruising yachts in the Mediterranean region, to allow Egypt to acquire a large share of this type of tourism.

Before 2011, El Gouna was in partnership with the Egyptian Company for Tourism Resorts in Sahl Hasheesh. Where does this partnership stand now?

The company plans to develop the Sawari Marina project in Sahl Hasheesh resort in south of Hurghada, which will include building a marina and a real estate project as well.

The idea of building several marinas on the Red Sea coast is a tool to attract new tourists—a new segment of tourists. The executive authorities should facilitate the procedures for such types of projects, to allow Egypt to compete with neighbouring countries in the region.

There are indications of significant growth in tourist occupancy over the last year. What is your evaluation in this regard?

Tourist occupancy during the last two years has recorded significant growth compared to the period after the depression that followed the 25 January Revolution.

The activity in OHD is divided into three directions: real estate, hotels and resort management, the latter of which includes the services provided by the resort to clients.

We still have a large portfolio of lands in the resort, of 37m sqm, 14m sqm of which are used so far.

The company has a five-star hotel under construction, which includes 200 rooms. We have only finished building the project’s structure, but have not started operating it yet.

We have plans to add real estate projects in the upcoming period, as the company is currently building 600 tourist residence units. You may notice that the conditions in Egypt in recent years have negatively affected the company’s financial position, thereby affecting its ability to obtain loans.

The future strategy of the company will focus of the real estate sector, the hotels sector, as well as resorts administration. The company aims to enter into partnerships for operating resorts and projects during the coming period, while OHD retains the ownership of the project.

A partnership agreement was signed to manage and operate the school in El Gouna.

The state has announced its plans to establish large-scale real estate projects, whether in the west or east of Cairo. Are you planning to participate in any of these projects?

The company is currently studying the acquisition of a plot of land in one of the Cairo suburbs to set up housing projects, in order to diversify the company’s land portfolio. The decision will be resolved during the current year.

What is your estimation for occupancies in El Gouna resort?

Average occupancies are estimated at 50% at the moment, and there are plans to host international events there, which will stimulate occupancy rates.

Tourist groups from German-speaking countries have been visiting El Gouna frequently recently, and there are promotions targeted at new countries, such as Gulf countries and Lebanon.

El Gouna is using the help of international companies to promote El Gouna, most prominently our sister company FTI.

The company is reducing the prices of the services offered in several sectors in El Gouna by 25%, and it is providing brand names with discounts to maintain the integrated tourist community in the city. El Gouna has several shops, a school and a hospital.

Offering integrated services to tourists can increase the average spending of daily tourists, after it recently declined.

El Gouna is focused on projecting a specific image and experience for tourists during their stay in Egypt through a set of integrated services that are provided the moment the tourist arrives in the country.

How do you evaluate the circumstances surrounding Egyptian tourism now?

The main obstacle facing tourism in Egypt is flights. The presence of tourists greatly depends on the availability of accessible flights, as well as tour operators. Ultimately, both can be used promote Egyptian tourism very well.

By solving the problem with flights, it will be very easy to promote tourism in Egypt to any country in the world.

Former tourism minister Hisham Zaazou said there was a move towards establishing an airline company. What is your opinion on this? What would your response be if you are offered to contribute to its establishment?

The idea is great, and it will be implemented under the management of the Ministry of Tourism. However, I do not think we would contribute to its establishment.

You previously announced plans to arrange for a number of sport and art events in the upcoming period, including the El Gouna International Squash Open championship. How will you benefit from this?

If you look at the Emirati experience, especially in Dubai, you will notice that the city hosts a variety of sports, arts, and cultural events. Hosting international players sends a message of reassurance to the whole world about the stability of the situation within the country.

El Gouna will host the kite boarding world championship, along with several other championships. El Gouna is also looking into hosting cultural and arts events.

Dealing with the international community requires ensuring security, and reassurance regarding Egypt’s conditions by sending numerous messages. These messages could include insurance letters by the company, or by certain entities. Such letters have been met with great response abroad. There is coordination with the Red Sea directorate and the governorate in terms of insurance provision.