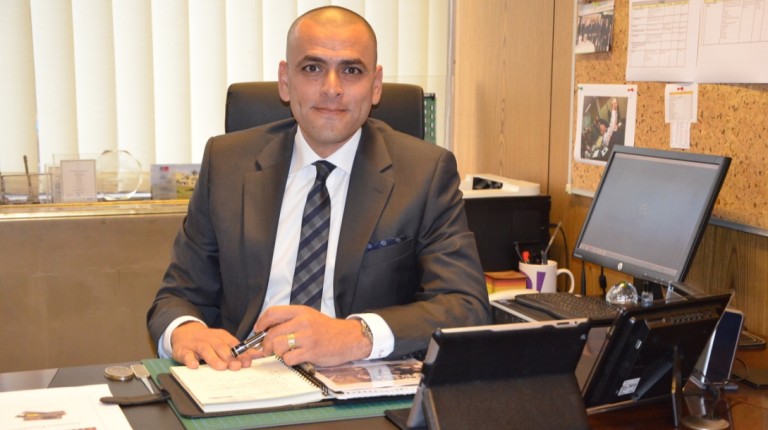 The Arab African International Bank (AAIB) was awarded the official sponsorship of the El Gouna International Squash Open amid fierce competition from other banks and institutions, according to Head of Marketing and Communications at AAIB Sherif Mohamed Hassan.

Hassan explained, in an exclusive interview with Daily News Egypt, that the bank has studied the game of squash long before deciding to sponsor the El Gouna International Squash Open in 2010.

AAIB signed the El Gouna International Squash Open sponsorship contract in March 2016 for three years, making the bank the official sponsor to the tournament since it began in 2010.

According to Hassan, the bank has supported the tournament to become among the top eight tournaments in the world. He added that hosting it in Egypt achieved many objectives, most importantly promoting tourism.

Tell us about the steps that led to the bank sponsoring the El Gouna International Squash Open.

The bank has been studying the game of squash well before sponsoring the first international tournament in Egypt in 2010. The study included all aspects of the game on an international level, as well as its status in Egypt, in order to set a vision for how the sport would progress in the future.

Why did the bank choose to sponsor squash?

Each institution has a character.  Squash reflects bank’s character and image among its customers.

According to a report by the World Squash Federation, approximately 45% of those who play squash hold important positions in their companies, including deputy general managers, chairpersons, CEOs, and senior partners. This segment of society is one of the most important target groups for the bank.

In addition, squash is a favourite sport among the well-off, whereby some 34% of its players are among the wealthiest 10% in the world. Moreover, 20% of people engaged in squash have huge wealth.

There are many sports the bank could have nurtured, but Egypt has notable squash rankings and prominent players.

Some would say few people play squash, and even fewer follow it. Would that not hinder the bank from targeting a larger segment of customers?

According to reports issued by Eurosport in January 2016, television channels from 88 countries cover El Gouna International Squash Open, sponsored by the bank.

The tournament will be seen in 420m houses around the world. We found that Egypt has all the capabilities to host one of world’s top sporting events. We have been sponsoring the tournament since 2010, and we will be supporting it for the next two years.

Has the tournament seen any developments since it started in 2010?

Yes, the tournament has seen significant developments over the past five years, both with regards to the organisation or state sponsorship, in addition to public presence, attendance rates and the number of fans.

Whenever there is a development in the tournament, the bank is taking a step closer to its targets.

What is the aim of holding this tournament under the auspices of the bank, other than advertising?

The participation of 56 players from 20 countries sends a clear message to the world that Egypt has the capacity to hold such a mega event.

The bank is also proud to participate in holding a tournament that bears the slogan “Made in Egypt.”

The bank was eager to hold this tournament in Egypt for several reasons, the most important of which is to promote tourism in Egypt, and support the champions of the game to help them win the championship.

Egypt has five squash players ranked among the top 10 players in the world, and the World Squash Federation provides the opportunity for the hosting country’s young players to gain experience by meeting and playing against international squash champions. It will help to prepare these young players to compete in international tournaments, and create a new generation of Egyptian champions in this game.

Did the bank face competition for the sponsorship of the tournament?

Yes, the bank faced fierce competition from a number of other banks and institutions to obtain sponsorship of the tournament, as everyone is aware of the tournament’s impact, both locally and globally.

How did the bank manage to obtain the sponsorship?

The bank’s support for the tournament went beyond financial support, as the bank has held an integrated campaign to promote the sport and its history in Egypt since the 1950s through social networks, in addition to advertising through traditional media.

The bank has a clear vision for this tournament, which has existed since AAIB first started sponsoring it, and it seeks to develop it further over the upcoming years.

Moreover, the tournament wasn’t that successful initially , but the  support of the bank, other institutions, and civil society entities have helped making it one of the top eight tournaments in the world.

Are there other institutions sponsoring the tournament?

Does the bank bear the full expense of the tournament?

The expenses include the organisation, prizes and promotion of the tournament which are split between all the sponsors.

How do you see the future of squash in Egypt?

Squash becomes more widespread in Egypt year by year, especially following the success of the El Gouna Championship. You can only imagine the number of enrolment requests submitted by parents to clubs and private academies to teach their children how to play this sport.