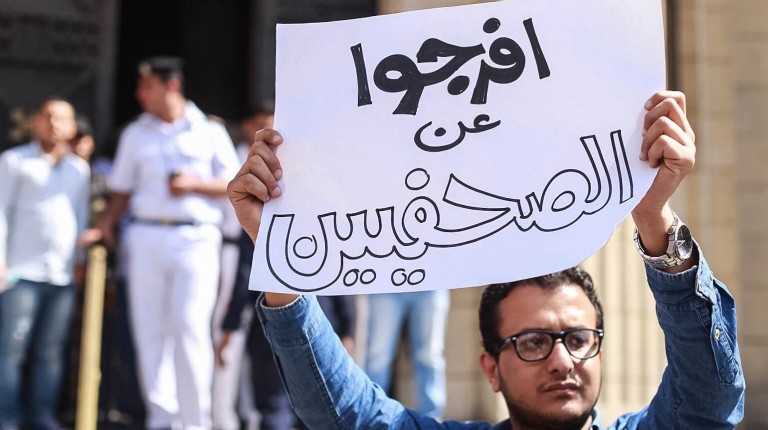 Dozens of journalists marched Thursday from the Press Syndicate in downtown Cairo to the office of the general prosecutor to file a report against the random arrests and harassment of journalists and the “siege” of the syndicate on 25 April.

Journalists held banners calling for the release of their colleagues, while chanting: “journalism is not a crime”.

They also held cameras and a pen as symbols of their profession.

Several protests took place on the afternoon of 25 April in Cairo and other governorates in response to calls for rejecting the maritime demarcation agreement that would see the transfer of Egyptian sovereignty of two Red Sea islands to Saudi Arabia.