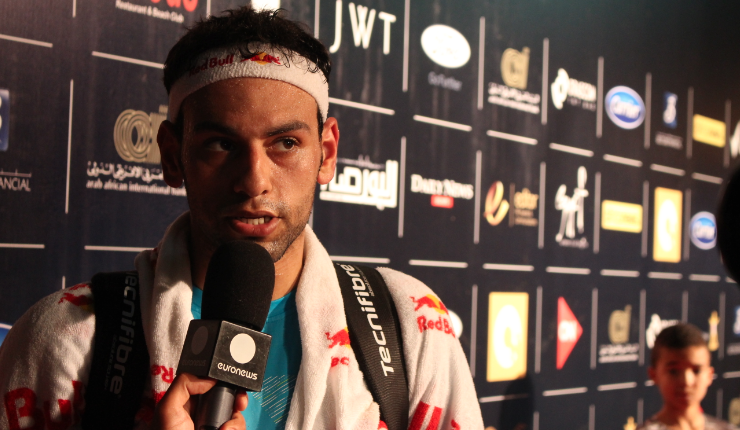 On Wednesday the squash tournament celebrated the completion of the quarterfinal matches.

El-Shorbagy said performing in El-Gouna’s weather was not by any means easy, as the weather was windy and dusty.

The third and most exciting match was between two Egyptian players, Fares Dessuki and Marwan El-Shorbagy. Dessuki won against his compatriot, with the following scores: 10-12, 11-13, 11-3, 14-12, 12-10. The final result of 3-2 went in Dessuki’s favor, leading him to the semifinals.

Dessuki was persistent on winning, despite losing the match’s first two games. During the match, he stumbled and fell to the floor, but was resilient and stood up and continued to play.

As both players were Egyptian, the audience was divided between fans in favor of Dessuki and Marwan El-Shorbagy, which added spirit to the match.

Although Farag lost, the result is prestigious for him, as he is ranked 11th internationally, while Gaultier is ranked 2nd.

Both players also faced each other in the 2016 Allam British Open’s quarterfinals, where El-Shorbagy defeated Rodriguez with a score of 3-0.

El-Shorbagy also defeated Rodriguez with a score of 3-0 in the 2016 Windy City Open’s semifinals.