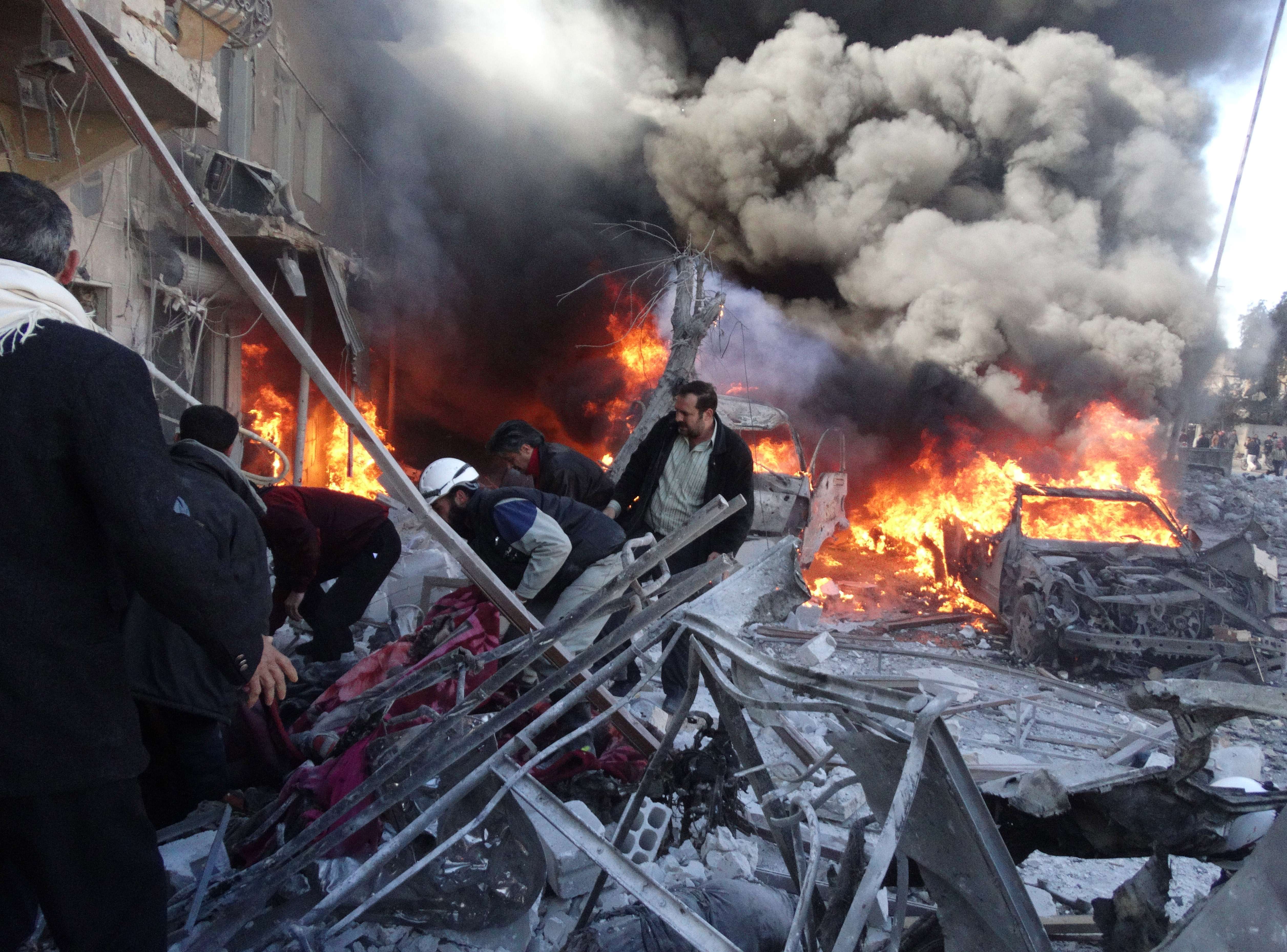 The Egyptian government condemned the attack on Aleppo’s Al-Quds hospital, one of several locations within Syria that have been bombarded recently.

The deteriorating political and humanitarian situation in Syria has caused the Egyptian state concern, foreign ministry spokesperson Ahmed Abu Zeid said in a statement on Friday.

“The current situation requires attention to the political process…and facilitating humanitarian aid to the people of Syria,” Abu Zeid stated.

Doctors Without Borders (MSF) reports 50 persons have now died in relation to the Syrian government’s airstrike on Al-Quds hospital in Aleppo. The international organisation had previously worked to support the hospital.

“The attack on Al Quds hospital has destroyed one of the last remaining places in Aleppo in which you could still find humanity. Aleppo is already a shell of what it once was; this most recent assault appears determined to eliminate even that”, said Muskilda Zancada, the head of MSF’s mission in Syria.

The Syrian Armed Forces announced a temporary ceasefire in areas surrounding Damascus and Ltakia. However, it has continued to operate in Aleppo.

A ceasefire backed by Russia and the US that into effect on February 27 crumbled earlier this week when fighting recommenced in Aleppo.

The United Nations urged Moscow and Washington to work together to restore the ceasefire to ensure that the fragile peace talks do not suffer further. Talks have already been suspended after opposition representatives withdrew due to the Syrian government’s refusal to discuss presidential elections.

US representatives have stated that there have been discussions with Russia after the recent attacks in Aleppo.

“Our hope is, by refreshing this agreement, we can build momentum again toward a broadly observed cessation of hostilities,” White House spokesperson Josh Earnest said in his daily briefing.

The US secretary of state John Kerry and his Russian counterpart Sergey Lavrov discussed ways to reestablish the ceasefire during a phone call on Friday, according to the Russian ministry of Foreign affairs.