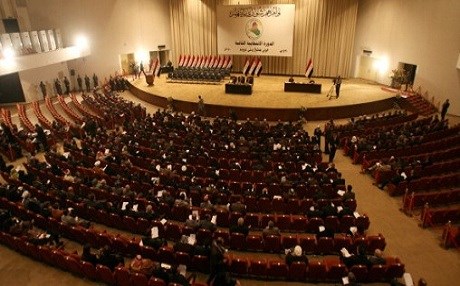 A state of emergency has been declared in the Iraqi capital of Baghdad after hundreds of protesters broke into the tightly secured Green Zone and the Iraqi parliament.

The protesters, who are supporters of the prominent Shia cleric Muqtada Al-Sadr, are demonstrating after the parliament failed to vote for a new technocratic government proposed by the current Iraqi prime minister Haidar Al-Abady.

The protestors announced that they continue demonstrating until the elimination of the sectarian quotas in the government.

Al-Sadr previously declared the suspension of his political current in the parliament, asking his supporters to demand the execution of certain reforms previously announced by the current government.

Al-Sadr supporters have been demonstrating at the gates of the Green Zone for weeks.

The prominent Shia cleric said earlier in a press conference that he will not accept any position in the government before eliminating the current quota system.

Iraq has been witnessing a political crisis since Al-Abady announced his intent to form a new technocratic government instead of recruiting ministers from political parties. But political parties have resisted such efforts to replace some ministers by balancing Iraq’s divisions according to a sectarian quota.