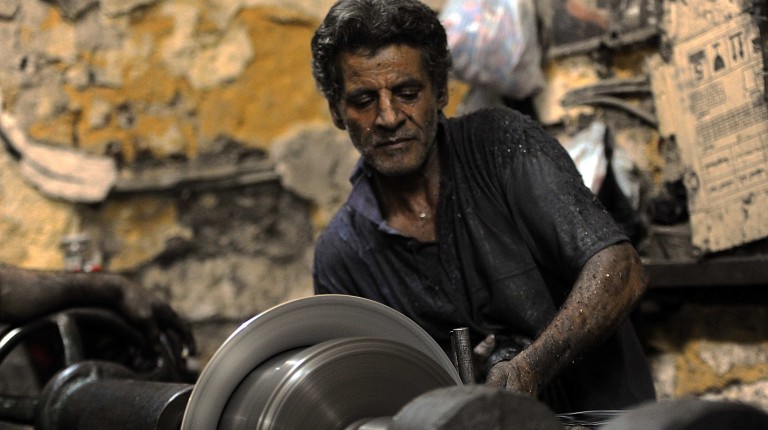 A coalition of 36 workers and professions syndicates and unions is set to stage a protest on Sunday commemorating Labour Day, or International Workers Day, as a day of “mourning”.

Tadamon coalition announced a protest will take place at the Press Syndicate’s headquarters in Cairo’s downtown to condemn “wasting the workers’ rights”, according to a statement.

The pro-state Egyptian Trade Union Federation (ETUF) has previously commemorated Labour Day by organizing a ceremony at which Egypt’s president delivers a speech. At this year’s event, President Abdel Fattah Al-Sisi is expected to deliver a speech to address Egypt’s industrial sector, while emphasising domestic production. However, Tadamon coalition believes there is no cause for celebration.

The group denounced legislation drafted by the government which it considers to be “anti-worker”. The coalition took a leading role in advocating workers issues since the issuance of the civil service law in March 2015. The protests against the law eventually led to the parliament rejecting the law in February 2016.

A report by Democracy Index, tracking labour protests between January to April 2016 showed that 493 protest took place in that period. The report released on Saturday said the protests averaged at 4 per day.

Workers suppressed, arrested, and stripped of rights on May Day