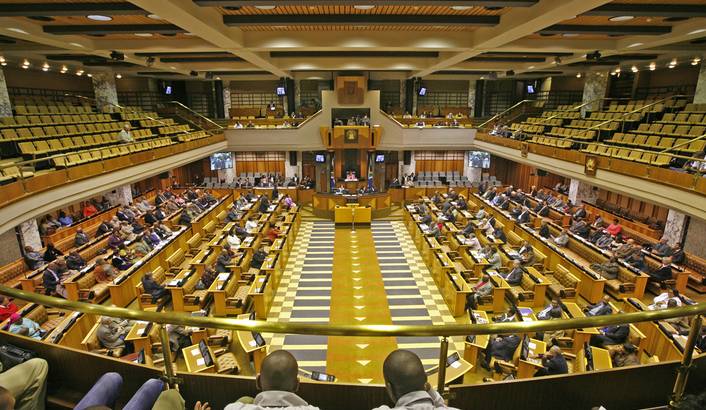 An Egyptian parliamentary delegation headed to South Africa on Sunday to attend the sessions of the African parliament, as reported by state-run MENA.

The delegation was led by Member of Parliament Hatem Bashat, head of the specialised, internal committee for African Countries’ Affairs, along with members from the committee. Speaker of the House Ali Abdul Aal is expected to arrive in Johannesburg shortly after the delegation.

The delegation is expected to officially announce Egypt’s retained membership in the African Union (AU) after a three-year suspension. The delegates will also attend the African parliament sessions until 6 May.

The parliament recently voted for the heads of its specialised, internal committees. To expand the regulatory purview of the parliament, the new committees that were added include those that focus on African countries’ affairs, small- and medium-sized enterprises (SME), higher education, scientific research, and media.

The Peace and Security Council (PSC) in the AU suspended Egypt’s membership following the ouster of the Muslim Brotherhood regime in July 2013. The reason was to enable Egypt to assess its progress towards the full restoration of constitutional order and to take the necessary steps in this regard.