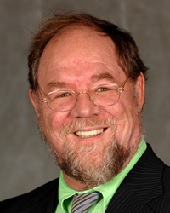 Hungary has a strategic position in the heart of Europe. The country offers a highly developed logistics system. Its traditional role as a trading post makes it important as a regional production and distribution centre.

Porsche, General Motors, and Audi are now producing many of their cars in Hungary, with other suppliers working for them and close by. A recent investment by Mercedes Benz re-affirms the auto cluster formation in Hungary.

The significant development of industries like information technology, electronics, and automotive has attracted foreign direct investment (FDI) at a rising rate. Hungary’s acceptance as a member of the European Union and the Schengen Zone further boosted its own and its European partners economic, social and political development, and has stimulated more research and development activities.

All of this is now jeopardised due to major EU internal strife over immigration policies. I observed the early stage of human flow between Serbia and Hungary which was then a 200km-long green zone. Groups of 30 to 50 men, women, and children slowly walked across the border. The local chief of police shrugged, since he neither had the manpower nor the physical resources to round up or process the waves of humanity.

In 2015, more than 400,000 people entered Hungary from Serbia, aiming to settle in Germany, France, or Britain. The march through Hungary used to encounter an ostrich policy of “carry on and ignore”. But the people who immigrate were worn out and not any less hungry because they were in Hungary. To rest, or feed themselves, they trespassed on property and took fruits and other food. Locals were weary and talked about organised protection for their harvest. Pressures and complaints are like sparks in a tinder box.

The government of less than 10 million Hungarians  only has limited resources to respond to the clashes. A wall has been built to stop the immigration flow across the most accessible border areas. The public response in Europe to Hungary’s defensive measures has been complaints, accusations of government over-reaction, and lack of sympathy towards restriction of mobility. Prime Minister Orban, a democratically elected head of government was accused of a lack of sentimentality and guilty of behaving like a political winner.

Today, Hungary is again encountering its traditional environmental ambiguity. In history, the country has been too far east to be part of the West, and too far west to be integrated into the East. There have been long term occupations by the Tatars, Ottomans, and Austrians. The Treaty of Trianon removed large portions of Hungary’s population and resources. During the Cold War, Hungary kept conditions at least lukewarm with its Gulyas communism, and was often at the forefront of clamouring for change, for example, with its 1956 revolution against the Soviet Union, and the 1989 opening of its borders to help escaping East Germans.

Again Hungary has been an early proponent of the need to monitor refugee access to a country for purposes of justice, information, planning, and control. Given its small size and population, repercussions of new factors are simply felt more quickly and demand more rapid actions than for nations that have plenty of reserve resources to deal with new conditions. Even those players eventually recognise the need for new policies.

Accusing the Hungarians of inhumanity for their regulation of migration is unwise. To protect nations many walls have been built: just think of the Roman Hadrian or the Chinese Qin Shi Huang 2,000 years ago.

Walls are still being built today, by Austria, Serbia, and now also by Turkey. Doing so is not a disregard for human lives, but rather an institutional requirement for control of the distribution of resources. Even Herculean efforts to provide food, shelter, and security for migrants can fail if there is no timely count and assessment of human needs and the direction of the massive flow of people.

It has not been sensible to overburden Hungary with expectations and demands for accommodative actions which, as we can see now, have shaken up major countries as well. In today’s times, leaders are all-too-often confronted with asymptotic conditions, where they encounter major demands for actions by outsiders who are shouldering neither the political burden nor are paying for all their wonderful suggestions. Later on, those who earlier decried and dismissed responsible government action often turn about and imitate the already deployed steps.

Particularly in groups of nations which disagree about idealistic policies, one winds up with the unfortunate constant of politics: foresight and early implementation of corrective action has no international payoff. No gratitude, no memory, no long term, no acknowledgement, just like an unhappy couple.

Michael R. Czinkota is a professor of international business and marketing at Georgetown University’s McDonough School of Business. His book, International Marketing (with I. Ronkainen), is in its 10th edition with Cengage.

Of change, business, and governments