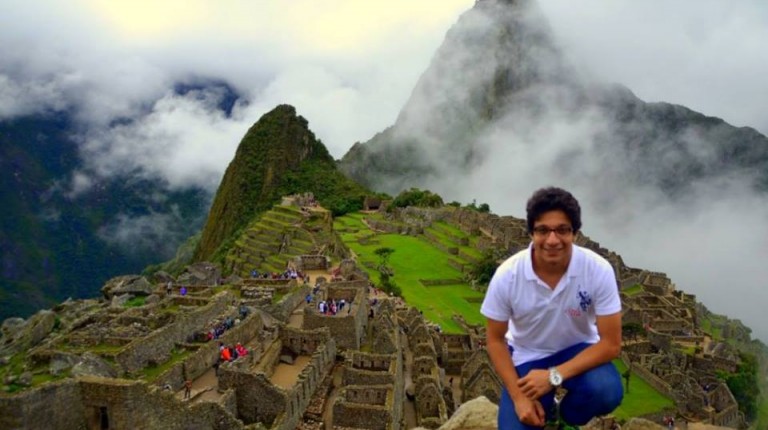 In the inaugural edition of what will be a weekly column highlighting Egyptian adventurers, Fady Hanna recounts an impromptu hitchhiking journey – Daily News Egypt’s culture editor

I can’t even argue that I am too organised when it comes to planning my travels. I take it too seriously and I plan everything before taking off, leaving little chance for unforeseen surprises. Of course, surprises can always happen.

I was in Morocco during the last few days of Ramadan and I had booked a flight from Casablanca to Malaga in Spain the day following the end of Ramadan. I had hoped to capture the vibes of the holy month in an Arab country. I did and it was fantastic, especially in Marrakech. Then I would go on to enjoy summer on the beaches of Andalucía.

At the end of my time in Morocco, I packed and headed to the airport and slowly made my way to the departure hall to catch my morning flight to Malaga. But once I was there, I couldn’t find my flight at any of the check-in desk. I felt confused; I had checked the night before that my flight was still on time. When I asked, I found out that the check-in desk was closed.

As crazy as this may sound, the entire country had changed their clocks when Ramadan ended. Everyone in Morocco changed their clocks except me! I was one hour too late, the check-in counter was closed, and there was absolutely no chance of boarding the flight. Well, my holiday is ruined and here I am stuck in Morocco instead of enjoying the beach in Malaga or wandering through the Alhambra in Granada.

I was stranded in a busy place, what could I do? My first thought was to change my flight to the next day but there I couldn’t. I thought of buying another ticket but I found that the first available seat would be 48 hours later, in business class, and ridiculously expensive so definitely not an option.

It was time for an unknown adventure. I took my backpack and jumped onto a train back to Casablanca city centre without a real plan. It was about 4pm. Then, I decided to go north and told the guy at the ticket booth: “I want to get to Tangier to catch a ferry to Spain tonight.” He didn’t reply but his expression was sceptical.

I took the 5.30pm train to Tangier. On the journey, I mingled with the locals. We talked about Morocco and I talked about my travels and what had happened in the airport earlier until the train finally made it to Tangier at 11pm. I was in a city I had not planned to visit without any kind of booking, reservation or scheduled departure. But I thought, let’s bring it on. I hailed a taxi and he took me to the port.

Ten minutes later and I was asking about ferries to Spain. Luckily, there was one departing at 12.30am for just €40. But there was a problem. The ferry would arrive at 1.30am in a small town called Tarifa. I had never heard of it and started to question myself saying: “Oh boy, this isn’t smart! I should have taken that flight.”

As usual, asking around and talking to people presented a solution. I decided to hitchhike. While still on the ferry, I asked people if they could drop me at or near Malaga. Eventually someone accepted. The ferry arrived in Tarifa, I got my passport stamped and was driven to Malaga where I arrived at 4am.

It’s never a good idea to miss your flight but luckily for me, it was the start of a great adventure. Not everyone can say that they’ve hitchhiked into Europe via the Strait of Gibraltar.

Fady Hanna is an Egyptian traveller who has visited 86 countries so far, seven world wonders, five continents, and dreams of visiting all 193 countries.