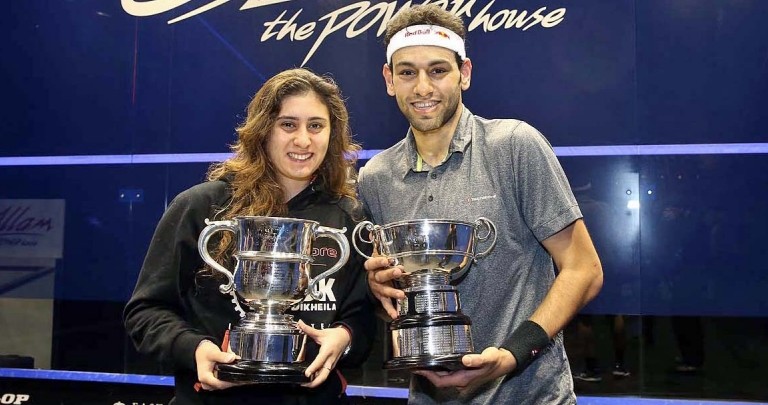 In the final match, Al-Shorbagy defeated France’s Gregory Gaultier in what was an unexpected comeback, as Al-Shorbagy had lost the match’s first two games, 7-11 and 9-11.

After the match, Al-Shorbagy told reporters that he did not think he would be able to come back after falling behind. However, he found a new source of encouragement after speaking with his mother at the conclusion of the second game.

El-Sherbiny’s final match was similar to El-Shorbagy’s, as she lost the first two games to Massaro, 6-11 and 4-11.