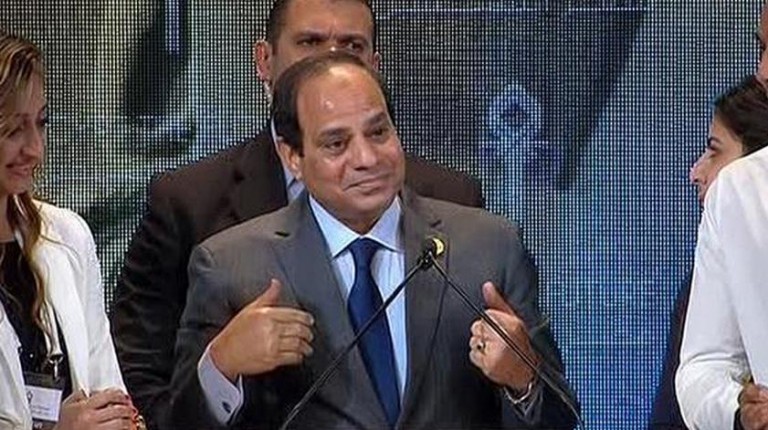 President Abdel Fattah Al-Sisi said on Thursday, during the inauguration of the harvest season in Al-Farafra oasis, that he is “not afraid”.

During the speech he said he is not afraid of the “evil powers” as he already stood against them on 3 July 2013, when he ousted the Muslim Brotherhood regime, and in November 2013 when he called for a dialogue with political powers.

“I am saying this because I want to reassure all Egyptians, who might be overwhelmed with ongoing events. I have made 2,000 decisions over the past two years,” he said.

He added: “What has been achieved so far is unprecedented, and is difficult for any nation to achieve within this short duration.” Next June, when he will complete two years of being president, he said he will announce a full review of the achievements made during those two years.

Al-Sisi said he has reviewed progress on national projects, including the 1.5m acres project, the national roads network and infrastructure, as well as energy projects.