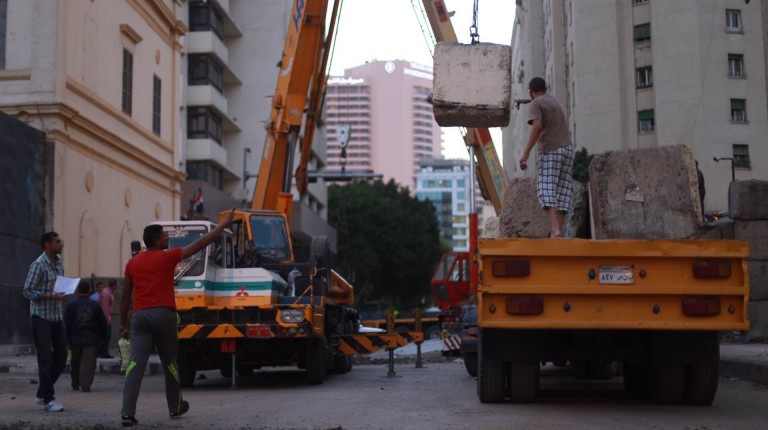 Workers from the Cairo governorate began Thursday removing cement blockades from the streets that lead to the former headquarters of the Ministry of Interior in Downtown Cairo.

The removed blockades on Shiekh Rihan Street were put in place in 2012 following heavy clashes between protesters and police.

In April, President Abdel Fattah Al-Sisi inaugurated the new headquarters of the Ministry of Interior in New Cairo, transferring the heavily secured institution from the middle of the crowded capital to its outskirts.