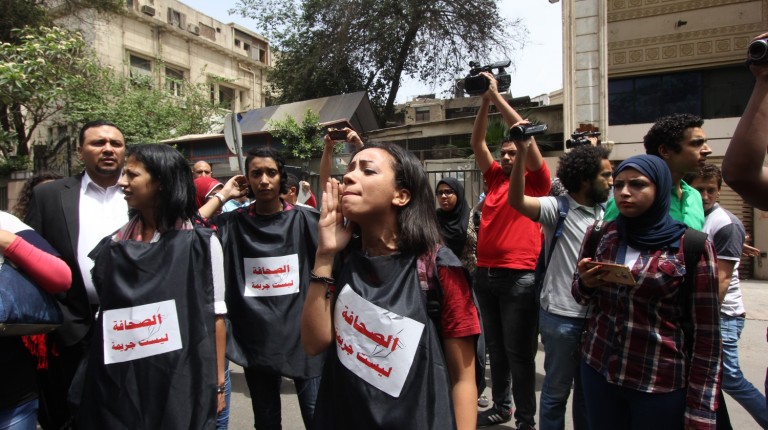 The Egyptian Press Syndicate renewed its call on newspapers to blackout its front page for the coming Sunday issue, as part of the escalatory decisions taken by the general assembly last Wednesday.

The syndicate also asked newspapers to include editorial notes and opinion pieces demanding the dismissal of the minister of interior.

Meanwhile the ministry of interior stopped sending its daily newsletters which include summaries of activities by security forces.

In his address last Wednesday, head of the press syndicate Yahia Qalash delivered a series of injunctions against the Egyptian state, which include: the continued demand for the interior minister’s dismissal, until which time his image and name will not be published; an apology from the Egyptian presidency and cabinet; the refusal to publish statements from the Ministry of Interior; the redaction of the front page of Sunday newspapers; a public conference on Tuesday to decide on a possible strike; the release of all imprisoned journalists; the refusal of all charges against the syndicate’s head; an end to the media gag in the case of the two arrested journalists; the publication of the interior minister’s image in negative form; the issuance of legislation to prohibit the arrest of journalists in cases related to publishing.

In Video: Journalists draw graffiti at the press syndicate

In Cartoon: No Media gags, Freedom for Press