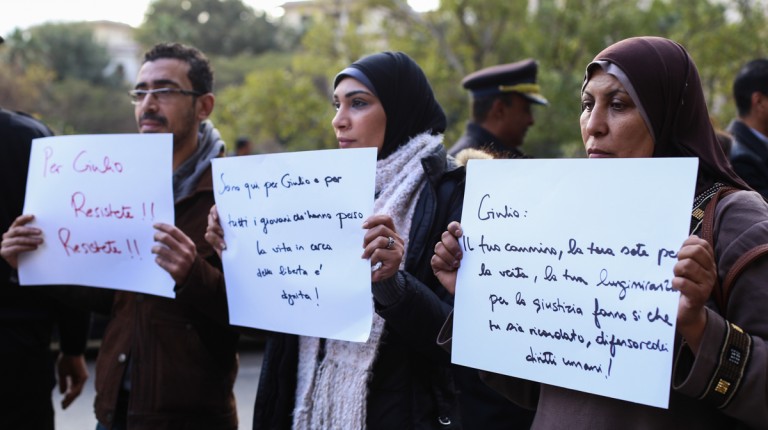 Egypt’s prosecutor general Ahmed Sadek initiated the meeting by an invitation extending an invitation to Italian authorities to exchange and examine developments in the case, according to the Italian news agency.

On Wednesday, Italy announced it had received 13 Egyptian national’s phone records in connection with the Regeni case.

During the last meeting between Egyptian and Italian officials in Rome, Italy’s investigation team requested these phone records as part of the investigations.

However, assistant public prosecutor Mostafa Suleiman said in a press conference that Egypt refused to send any phone records requested by Italy as such an act would be “unconstitutional”.

Regeni, who was a Cambridge researcher and a visiting scholar at the American University in Cairo (AUC), disappeared on 25 January, the fifth anniversary of the 2011 revolution. His body was found on 3 February alongside the Alexandra-Cairo Desert Highway.