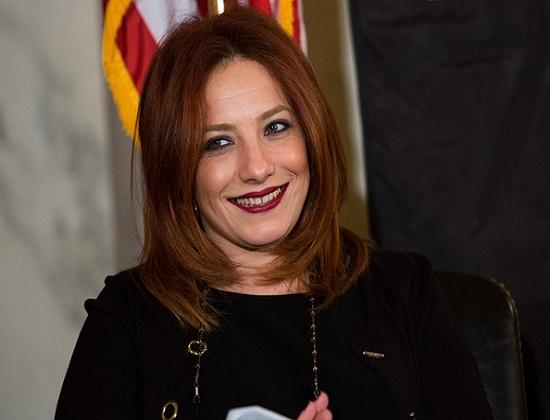 Omran was stopped at the airport by security upon her arrival from Jordan, where she was attending a United Nations conference to discuss a report about justice systems in the Arab world.

Omran said security forces inspected her bags and confiscated her passport, in addition to the UN conference report.

While security forces justified seizing the report by claiming that it was “important” to them, UN reports are property of the UN, which means that no one is allowed to publish or have access to it except for its authors and UN advisory board members.

Although Omran did not participate in drafting the report, she was invited by the UN to provide her opinion on its content.

Social media users, activists, and public figures contextualised Omran’s detention as the continuation of a security crackdown on opposition groups and human rights defenders in Egypt.

It was also questioned why Omran would be stopped by security forces for a report that she did not write, but was only in possession of.

The lawyer’s name was included in a no-fly list based on accusations of incitement’ against the state and threatening security, according to the Associated Press.

Similarly in February, renowned journalist and human rights activist Hossam Bahgat also found his name on a no-fly list prior to a planned trip to Jordan to attend a UN conference.

The practice of travel bans has sparked outrage from civil society members and local and international human rights defenders.

Following Omran’s release, she wrote a Facebook post to calm her colleagues, friends, and followers following her three–hour detention and thanked them for their support.

Omran is a member of the NCHR, and one of the most prominent human rights lawyers defending rights of political detainees. Omran has criticised several reports by the NCHR that have aligned with the state’s claims that prisons are stable and the rights of all detainees are upheld.

The lawyer is known for her criticisms of the state and statements against human rights violations, which led to families of detainees at Al-Aqrab prison contacting her over the mistreatment and torture happening inside the prison.

During a visit to Al-Aqrab prison by a NCHR delegation in January, all members were allowed to enter the prison except Omran, because prison officials said her name was not included on the visitors list.

In 2013, Robert F. Kennedy Center for Justice and Human Rights honoured Omran with an award for her work in advancing women’s rights and to her efforts to end the referral of civilians to military court, a wide-spread practice following the overthrow of Hosni Mubarak.