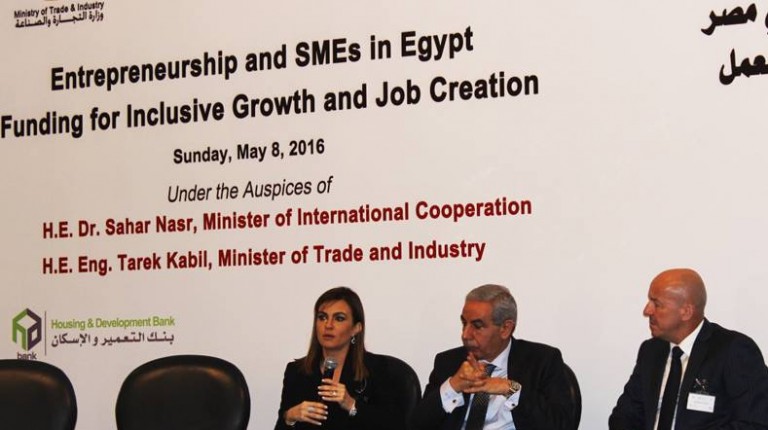 The Egyptian government’s Edara initiative will gather non-governmental organisations (NGO) working in the micro, small, and medium-sized enterprises (MSME) sector to form a commission to address problems in this industry, Egyptian National Competitiveness Council (ENCC) chairperson Seifallah Fahmy said on Sunday at a conference for entrepreneurship and MSMEs in Egypt.

“Banks are responsible for funding activities. There are currently no problems related in the financing mechanism,” Fahmy added.

Egypt’s economy has suffered since the 25 January revolution, House and Development Bank (HDB) chairperson Fathy Al-Sebaay said at the conference.

“The increase in the budget deficit, the erosion of foreign currency reserves, low foreign investment, the obstruction of some entities’ entrance into the market are barriers to the labour market in Egypt,” Al-Sebaay explained.

“The main obstacles for MSMEs are high interest rates, both for deposits and withdrawals, which is a burden on newly initiated projects,” he said.

The Central Bank of Egypt (CBE) has devised several initiatives to support SMEs by funding small projects with low interest rates of 5%.

“The CBE has also limited the maximum rate for individual lending to be commensurate to 35% of a customer’s salary—down from the previous 40%—to small and medium-sized projects the chance to acquire funding,” Al-Sebaay said.

“The Mashroak initiative was carried out in cooperation with the Ministry of Finance and five banks which have already received requests from young people to start new projects,” he said.

The CBE mandated loan applicants to develop their own budget by the end of the year in order to continue to receive the bank’s support.

According to general manger of the FAQ Supervisory Management Control and Supervision Sector in the CBE Rana Badawy a credit portfolio will be created especially for small enterprises over the next 4 years.

“In June, we will have the enough information to exempt certain banks from cash reserve requirements,” Badawy added.