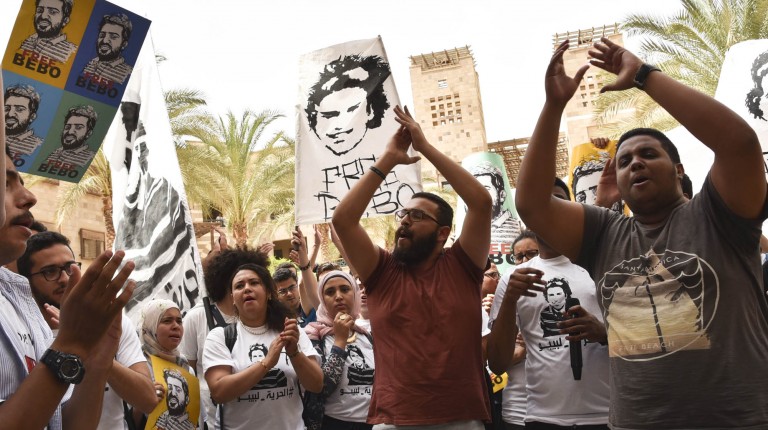 The North Cairo Prosecution for Urgent Matters appealed the release of 14 defendants on charges of inciting protests on Saturday after the Abbasiya Court decided to release the defendants pending investigations.

The defendants were released during the detention renewal session at Abbasiya court on bails ranging between EGP 10,000 and 20,000, according to defence lawyer Ahmed Osman.

The prosecution scheduled another session for Monday to look into the decision.

Besides the 14 defendants, five more defendants in the same trial were not released by the court and received detention renewals, according to Osman.

The defendants include an engineering student at the American University in Cairo (AUC) Ibrahim Tamer, also known as Bebo. He is also part of the Boycott, Divestment and Sanctions (BDS) movement at AUC.

The defendants were arrested amid the nationwide security raids that took place on 24 April ahead of scheduled protests on 25 April to demonstrate against the transfer of sovereignty of Tiran and Sanafir islands to Saudi Arabia.

On 26 April, the prosecution renewed the detention of two other activists for 15 days.

The 25 April protests were followed by arbitrary arrests of bystanders, according to numerous testimonies. The arrests have been met with angry reactions from the Press Syndicate and public.