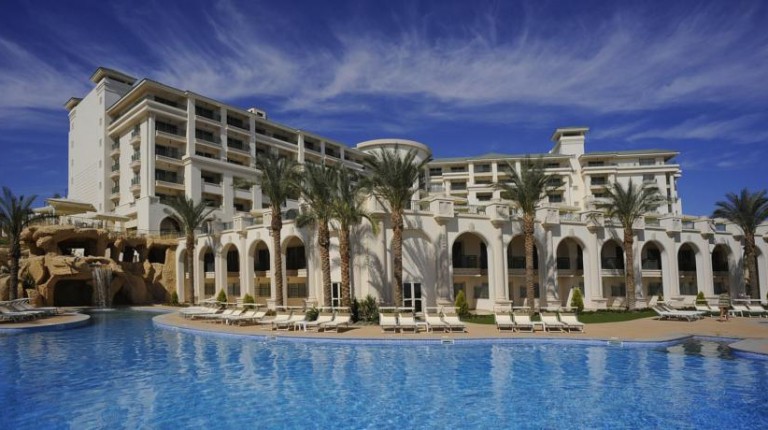 Remco for Touristic Villages Construction SAE (RTVC) is working on establishing and managing villages for tourists that would include complementary services such as restaurants, swimming pools, shopping malls, sporting areas, and golf courses. Moreover, the company is looking to purchase land and invest in real estate sectors in new cities.

Daily News Egypt met with Ayoub Adly Ayoub, chairperson and CEO of Remco, to discuss the company’s business and its targeted sales.

What are the company’s new projects for 2016?

The company has approved its strategic plan for the coming three years, which will focus more on the real estate sector rather than the hotels sector.

The company signed a contract with the Egyptian Armed Forces on the new project Stella Di Mare 2, which is located on an area of 2m sqm. The project is located at the 45km point of the Zafarana Suez Road near the village of Stella Di Mare 1.

The project’s revenues will be divided into 60% for Remco and 40% for the Armed Forces as payment for the land.

What is the size of Stella Di Mare 2 project’s sales?

Remco achieved sales of EGP 1bn within the two months prior to opening reservations, an estimated 20% of total expected sales, which is projected to be EGP 5bn over the next three years.

What is the targeted profit from the new project?

The company targets a net profit of EGP 1bn on the new project, which aim to collect investments worth EGP 4bn. The project will be funded through the company’s cash flows.

The company has completed the master plan for the project, which consists of 1,500 villas, 2,500 chalets, and a commercial area. The project is divided into three stages over the next three years.

What is the expected revenue for this year?

The company plans to achieve revenues worth EGP 3bn during the course of the current year, of which EGP 2.5bn is expected from the Stella Di Mare 2 project and about EGP 500m from other ongoing projects.

Why does the company seek to expand its real estate activities over projects in hospitability and tourism?

The tourism sector has amounted a loss of EGP 6m annually. The company’s tourism projects based in Sharm El-Sheikh and Hurghada achieved losses, unlike the company’s hotels located in Ain Sokhna. Therefore, we will focus over the coming three years on the Stella Di Mare 2 project to build real estate units.

The domestic tourism market is not a market to seek a profit in, so the company plans to depend on Arab tourism over the coming period. Remco has planned visits to the Gulf, to cities such as Dubai, to present its hotels and tourism projects and to attract new tourists to Egypt.

When will the company sell its two Makadi Bay hotels in Hurghada?

The company postponed the selling of its two hotels until tourism can be revived, because the company has turned down the offers it received. The prices offered were cheap compared to the real price of the two hotels, which features 1,400 rooms.

The company has a capital of approximately EGP 2.5bn, divided into 247.8m shares, with a nominal value of EGP 10. Currently the shares trading stand at around EGP 1.60.

How many projects does the company currently have?

The company has 16 projects spread across Cairo, Ain Sokhna, the North Coast, and Sharm El-Sheikh, with a total area of 11.14m sqm, including 2m sqm for Stella Di Mare 2.

What is the total number of units in the project?

The company’s projects currently have 11,800 units in total. The company has delivered 70% of them (8,000 units), and plans to deliver the remaining units over the next three years in conjunction with delivering the Stella Di Mare 2 project.

What is the targeted number of units that the company intends to deliver during the current year?

For the current year, Remco has prepared a marketing plan to attract sales of around 4,000 units in eight projects.

What are the projects that the company intends to deliver during the current year?

How many hotels are owned by the company?

The company has six hotels, including three in Ain Sokhna in Stella Di Mare village, which include the Grand Hotel, Stella Golf Hotel, and Stella Sea Club Hotel. This is in addition to Stella Di Mare Sharm Beach Hotel in Sharm El-Sheikh, and the two hotels in Makadi Bay, Hurghada.

How many villages allocated to tourism are owned by the company?

What is the size of fixed assets and the assets of investment in real estate?