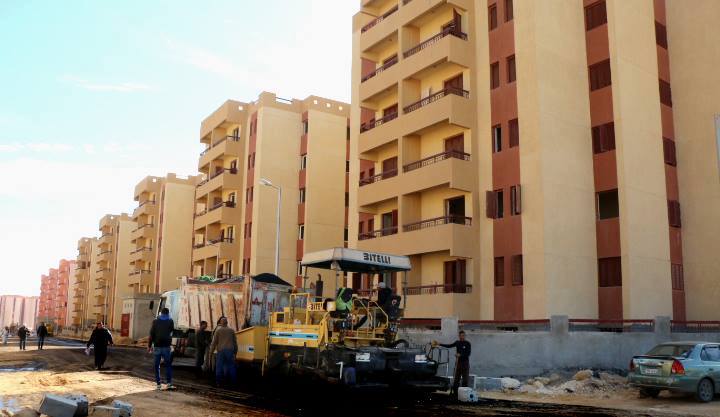 The Tahya Misr Fund began the third phase of Tahya Misr City, which includes 5,444 units on an area of 260 acres at a cost of EGP 700m and will be ready in one year, according to the executive director of the fund, Mohamed Ashmawy.

Ashmawy told Daily News Egypt that the fund has completed the first and second phases. The first phase included 6,156 units and the second phase included 4,600 units at a cost of EGP 1.2bn and is expected to be ready by the end of June.

By building Tahya Misr City, the fund hopes to develop a fully serviced 16,200-unit city in a privileged area in southern Moqattam located between Moqattam, Nasr City, Heliopolis, and Maadi. The city is designed for the resettlement of citizens who live in informal and dangerous areas such as Doweqa district in Cairo.

The fund has already built 8,500 housing units in Tahya Misr City. The city will include all necessary services. Additionally, 32 villages will be developed in a self-contained community in cooperation with the Arab Contractors Company.

The fund is also developing 126 villages and delivered 150 homes to Fayoum governorate last week.  Furthermore, the fund is working on developing 127 new homes at a cost of EGP 36m which will be delivered before June 2017.

The fund plans to develop other areas in governorates outside Cairo. According to Ashmawy, this would solve 50% of informal housing problems in Egypt.

Head of the programmes sector at the fund Manal Shaheen said the fund plans to develop 13 informal areas inside Cairo at a cost of EGP 2bn.

Shaheen added that Al-Asaal region in Cairo is under development and will be ready by June.

The fund is carrying out the ”Homeless Children” initiative in collaboration with the Ministry of Social Solidarity. This initiative was able to meet the needs of about 16,000 children at a cost estimated at EGP 164m, including EGP 114m from the fund and EGP 50m from the ministry.

Tahya Misr to reveal results of its work, future plans in September