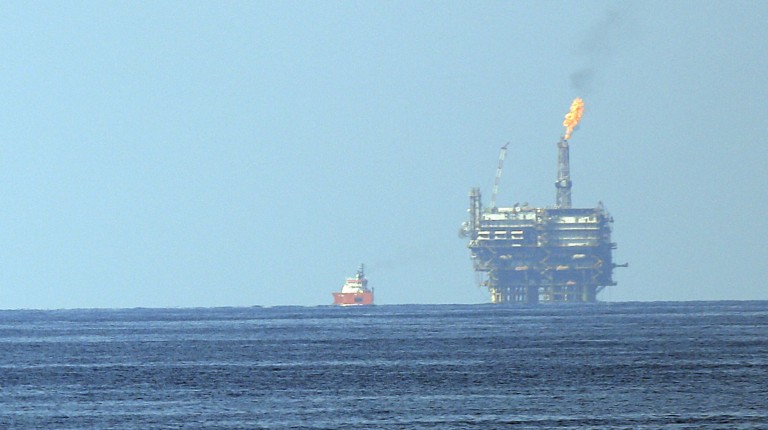 The Eni’s Chief Exploration Officer Luca Bertelli explained in a study, entitled “The reinvention of exploration works in Egypt in 18 months”, that tests will be carried out on several new wells in the area west of Abo Madi, known as the Noras field, in order to highlight the positive aspects of the research process in the area.

Results from drilling the two wells Nidoco 3 and Nidoco 4 showed that there is a large natural gas well. In July 2015, Eni decided to drill the Nidoco 2 well, and a layer of sand stone that carries gas was found at the thickness of 60 metres.

Bertelli added that new data from west of Abo Madi revealed that there is a possibility that a large amount of gas is present in the concession area.

He pointed out that the accumulative production of gas in the area west of Abo Madi had reached 256bn cubic feet before the Noras exploration took place in June 2015.

The study prepared by Bertelli showed that there is a high possibility of gas production from the areas between north and south of Abo Madi, especially with the presence of two main reservoirs side-by-side.

The chief exploration officer said exploratory wells will be drilled and said relevant information regarding the Noras model will be considered in its possible development. The region’s reserves have reached 1.5tr cubic feet, in addition to more expected possibilities to be confirmed after more onshore and offshore wells are drilled.

Bertelli explained that the Noras field produced about 10m cubic meters per day for 9 months following exploration in the area.

He went on to explain that the Zohr exploration carried out in the deep waters of the Mediterranean in August 2015 revealed that layers of a carbonated accumulation of Miocene and Cretaceous loaded with biogas had been discovered.

Eni has developed the concept of Zohr’s goal through the utilisation of its expertise in successful exploration operations of similar basins in other concession areas, like Perla field in Venezuela and Kashagan field in Kazakhstan, according to Bertelli.

He noted that a better seismic visualisation of the Zohr field was obtained through an imaging technology that allowed the NFW well to be drilled through the re-processing of an old group of 2D seismic data, where each well in the Zohrfield in the concession area of Shorouk in the Mediterranean will produce more than 150m cubic feet of gas daily.

In the study carried out by Eni, it stressed that the gas reservoir in Zohr is entirely located in Egyptian waters, with initial reservoirs of 30tr cubic feet.

Bertelli added that the new investment climate, the Egyptian government has been keen to provide since the economic summit in Sharm El Sheikh, has contributed to encouraging research and exploration activities in addition to the development of the petroleum and gas fields despite the challenges of the decline in oil prices globally.

This new climate is the reason behind the two discoveries in Egypt in 2015, Zohr and Noras, said Bertelli, adding that the Egyptian government’s measures aim to stimulate investment by putting forward international tenders and signing new petroleum agreements, as well as paying dues to the partners that have had the greatest impact in enriching petroleum activity in Egypt.

He predicted that Egyptian gas production would increase, in light of the promotion of research activities and the achievement of new discoveries, which will have a positive impact on the gas industry and meeting the needs of the local market.

Bertelli added that Eni implemented a quick business strategy in collaboration with the petroleum sector for the development of Zohr to begin early production at the end of 2017 across six wells.

He pointed out that the find is a step towards the development of Egyptian gas resources in the deep Mediterranean waters, being an important incentive for the expansion of search and exploration for natural gas activities off the coast of Egypt and the eastern Mediterranean Sea.

Zohr welcomed the future of further supplies of gas from that promising region, said Bertelli, adding that it will contribute to transforming Egypt into a pivotal centre of energy in the region. He pointed out that Zohr has led to a change in exploration of the Mediterranean and opening the door to new concepts.

He added that Eni is keen to develop its activities in search and exploration in Egypt, highlighting the recent successes in the Western Desert and the Gulf of Suez, which demonstrated the ability to cope with natural attrition challenges in terms of field productivity through utilising the latest technologies.