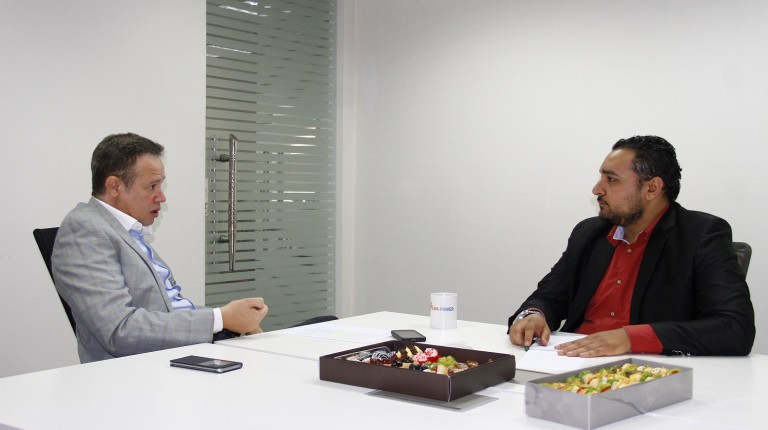 In September 2014, the government announced a new feed-in tariff for new and renewable energy. Out of 187 offers, 136 Egyptian and international companies qualified to implement solar or wind power energy production plants.

The Ministry of Electricity and Renewable Energy has plans to establish solar and wind power plants with a capacity of 4,200MW with investments worth $7.5bn, according to the feed-in tariff. It also plans to produce 20% of the total produced electricity from new and renewable energy sources by 2020.

What are Acwa Power’s projects in Egypt?

The projects Acwa Power intends to implement include Dayrout power plant which will have a 2,250 MW capacity, as well as three solar and wind plants with a 150 MW capacity factor. The company intends to activate the memoranda of understanding (MOU) that were signed at the Economic Development Conference to establish a power plant fuelled by coal, while the competitive tenders are to establish renewable energy plants in the western Nile area.

Acwa Power is qualified to establish new and renewable energy projects according to the feed-in tariff system approved by the cabinet. The company will launch a solar energy plant with a capacity factor of 50 MW in Banban in Aswan, and two wind energy plants with a capacity of 100 MW in the Gulf of Suez.

What are the latest updates on the Dayrout project?

Of the four agreements related to the Dayrout project, 90% of the agreed-upon items have been completed. These items include the purchasing price per kilowatt of energy produced by the plant, the government guarantee, provision of the required fuel for the plants, and the land allocation.

The price per kilowatt is competitive and the lowest compared to other power stations. Acwa Power and the Egyptian Electricity Transmission Company (EETC) will sign agreements to purchase the energy produced from the project at the price offered in the tender.

Hassan Allam Construction will provide 25% of total investments to Dayrout power plant, while General Electric (GE) and Sepco will supply and install all equipment for the project. All itemised procedures are expected to be completed within weeks.

The Dayrout project is the first of its kind to be held in a build-own-operate system. The land will be allocated according to the usufruct system for 25 years.

The power plant will be on an area of ​​70 acres in Beheira and will consist of three units with a capacity of 750MW each, operating on combined cycle system which produces one-third of the energy without consuming extra fuel.

Which institutions are funding the project?

Acwa has signed an agreement with the Chinese Silk Road Fund to finance part of the project, in addition to the Saudi Investment Fund and the International Finance Corporation (IFC). Financing will be obtained following the signing of the final agreement for the project.

Did you agree with banks to finance the renewable energy projects?

Negotiations are ongoing with a number of international financing institutions to fund solar power projects that require investments of an estimate $80m, as well as an estimated $200m to finance wind farms.

The company has paid the first instalment in the cost-sharing agreement, one of the five agreements that investors sign for establishing new and renewable energy projects according to the feed-in tariff system.

Cost-sharing includes the cost of connecting the solar power plants with the national grid and the infrastructure work in Banban with the feed-in tariff system as planned.
Can the company complete the projects’ financial closure before October?

The financial closure for the solar power plant will be done by August.  All project-related financial transactions for the wind plants are expected to be done by summer 2017. Measurements and studies of the project will take 12 months and are conducted in collaboration with a consulting firm.
Did Acwa Power sign an MoU Egypt?

The company will not begin negotiations with the Ministry of Electricity for the MoU signed at the conference, except after the ongoing negotiations regarding Dayrout power plant are completed, as well as the feed-in tariff projects and the 450 MW solar and wind stations in the west Nile region.

The company will establish a power plant in Safaga which operates on clean coal with a capacity of 2,000MW, which can increase further to 4,000 MW.

The company signed another MoU in cooperation with the Emirati Masdar company to set up renewable energy stations with a capacity of 2,000 MW (1,500MW from solar power and 500MW from wind farms). A combined circuit station located west of Damietta will produce 2,200MW using high-efficiency turbines.

Chairman of the General Authority for Suez Canal Economic Zone Ahmed Darwish offered the company a plot of land through usufruct to set up a power plant there. The offer is still under consideration.

The company also works in water desalination and would be interested to offer help to Egypt in that field if the government makes a move towards using this technology.

The company will continue to carry out its mission to develop society through the provision of energy with more efficiency and reliability at the lowest possible cost for the interest of the people.

What are the challenges facing the company’s investments in Egypt?

The pace of the feed-in tariff procedures for projects must be accelerated, especially as these projects have encouraged many foreign companies to invest in the Egyptian energy sector.

Energy purchase agreements are still ongoing. Banks have received direction for arbitration in dispute cases and how to conduct international transfers.

The tariff for companies that will sign the energy purchase agreements with the EETC, unrelated to the financial closure, must be fixed. Banks will agree to finance the projects based on the tariff as well as the feasibility studies.

The state should encourage investors and provide incentives so that work continues and stations keep expanding. The Ministry of Electricity should not pay investors the value of energy produced in local currency as the projects are established using dollars. Premiums and bank loans should be paid in local currency.

The government should consider investors to secure dollars and agree to pay the energy produced in dollars. Investors are not against the state paying in Egyptian pounds.

Does the company intend to implement other renewable energy projects?