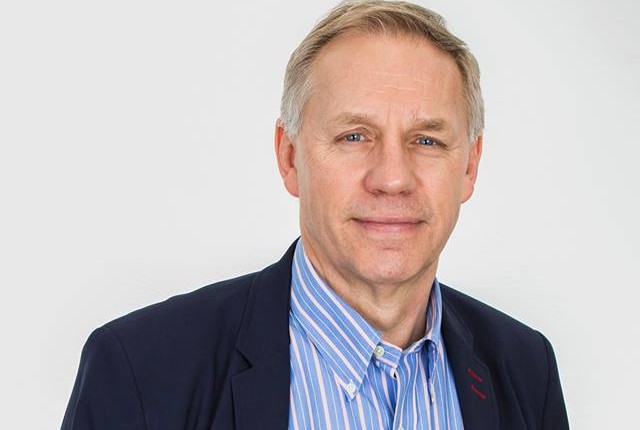 Scatec Solar company seeks to pump $650m in renewable energy investments to establish five solar energy projects with a capacity of 250 MW, according to the company’s CEO Raymond Carlsen.

Carlsen sat down for an interview with Daily News Egypt to discuss the company’s investments and plans for development in the Egyptian market.

What projects is the company implementing in Egypt?

Scatec Solar agreed with two companies to participate in two solar energy plants in Zafarana with a capacity of 100 MW, adding that they agreed to carry out the engineering, preparation, construction, operation, and maintenance work through combining resources. The total investments in the five projects are estimated at $650m.

Which banks are financing Scatec’s projects in Egypt?

Scatec Solar agreed with seven different banks to finance 75% of the five projects to be implemented in Banban area and Zafarana, including the International Finance Corporation (IFC) and European Bank for Reconstruction and Development (EBRD). In addition, there is cooperation with the government-owned Norwegian Investment Fund for Developing Countries, Norfund.

As for the issue of banking finance, investments in the photovoltaic power plants have capital intensity and risks that are different from other investments in traditional power plants. Thus, they require documents to ensure payment for the whole contract period, because solar energy has higher capital cost than the alternatives, but does not have fuel cost.

Scatec Solar began investing in Africa early on, as well as in other places like Central America and Jordan. The experiences and lessons learned from these investments can be shared with the concerned bodies in Egypt and in other new markets.

One of the company’s points of strength is its integrated business model. Scatec Solar has developed, built, owned, and operated solar energy plants for 20 years with the best technology and in accordance with the highest standard specifications.

What is the difference between investment in Egypt and other countries?

He said that all the markets in which the company invests have circumstances similar to Egypt in terms of the regulatory frameworks, financial arrangements, and the issuance of guarantees, finance documents, investment, and energy purchasing contracts. However, Egypt is an attractive market for investment and one of the best countries for the company to seek expansion in during the next period.

What are the latest updates regarding the feed-in tariff projects in Egypt?

There is a tripartite committee composed of the New and Renewable Energy Authority (NREA), the Egyptian Electric Utility and Consumer Protection Regulatory Agency, and the solar energy investors in Benban, Aswan, in order to address the common logistical issues related to the presence of more than one developer in the construction area along with the implications for safety, traffic, security, and waste.

Regarding Zafarana, Carlsen said the company is targeting a different approach, seeking to resolve the issues through a coordination agreement to be signed between the developers. This resembles the same approach taken by the company in the development area of Maan in Jordan.

Are there any challenges in investing in Egypt at the moment?

We hope the issues related to transferring foreign currency will be resolved with economic growth. We appreciate the determination of the Egyptian government to fix the challenges facing the energy sector and accelerate discussions with solar energy companies to build a large-scale photovoltaic solar energy capacity in the country

He praised the efforts of the government in its strategy to diversify the sources of energy production. It is clear that meeting the growing energy demand and preventing power outages in the summer is a priority for the government. Moreover, the feed-in tariff projects contribute to creating many job opportunities, as well as the industrial and social development.

What are the advantages of the photovoltaic energy projects?

Scatec Solar began to work on the development of carbon credits adopted by the United Nations on behalf of the five projects in Egypt as part of its global programme of activities registered with the United Nations to increase the generation of photovoltaic solar energy.

What is the economic return on Egypt after implementing Scatec’s five renewable energy projects?

He said the five projects will provide 3,000 direct job opportunities, a strong push to the economy, in addition to the needed training and qualification to create more job opportunities. The Nile City Towers in Cairo were chosen to be the headquarters of the office of the regional director for the Middle East. In addition, we seek to establish a small office in Aswan to support the construction of the plants in Benban.

Moreover, the company plans to invest in the development of expertise in the field of photovoltaic solar energy in Egypt. This cooperation between the company and the Egyptian government will rely on the model established by the company already at the University of Stellenbosch near Cape Town, and the Institute for Energy Technology (IFE) in Norway.

We will suggest extending this cooperation to one of Egypt’s leading academic institutions, with a focus on research and higher education related to the generation of electricity through the photovoltaic plants in Egypt.

How many projects is Scatec implementing?

Negotiations are underway with a number of financial institutions to pump investments worth $1.5bn, mostly in new and difficult areas in Africa, Middle East, Asia, and Latin America.