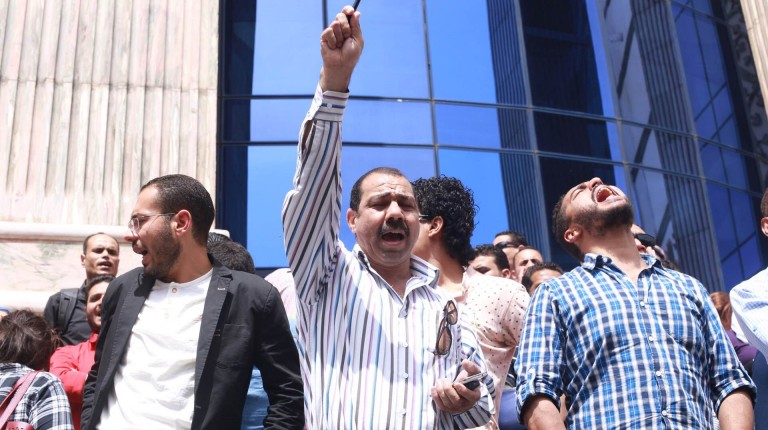 Representatives from the syndicates of doctors, lawyers and engineers will join a protest at the Press Syndicate on Thursday to express their solidarity with the planned journalists’ sit-in.

“The protest aims to assert the unity of interests and goal, which is to have a free country that enjoys a free press and freedom among its citizens,” according to the statement announcing the protest.

The incident enraged the press community, prompting an emergency general assembly at the syndicate last Wednesday, which saw a historic turnout.

The assembly reiterated previous decisions by the syndicate board and journalists to continue the sit-in.