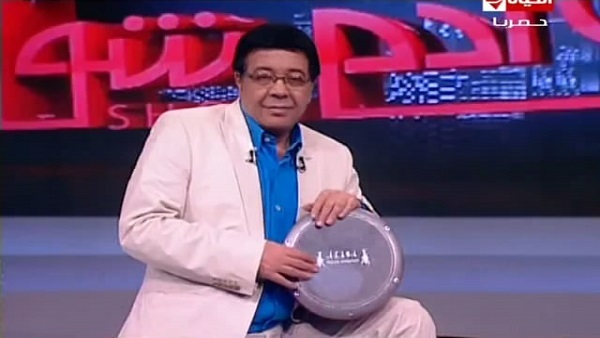 “Al Hayah TV has full respect for all Syrians and reports the news in a professional, credible way, steering clear of any political fallacies. What was broadcast on the episode featuring Ahmed Adam does not represent the views or opinions of Al Hayah. This show is subordinate to an outside production firm which is responsible for the content,” the statement read.

The channel stated that it stood firmly against Adam’s comments that the situation in Aleppo had been exaggerated by the media. The show’s upcoming episode will carry another official apology.

Following the episode, social media users launched a campaign on different platforms demanded that Adam’s programme be suspended following his latest remarks which were considered an insult to the Syrian people and their martyrs.

In defence of Syrian president Bashar Al-Assad, Adam said that Al-Assad could not have been responsible for the armed attacks that recently took place in Aleppo, because it is the only city in Syria that sides with him.

Adam also said that the phone calls Al-Jazeera and BBC receive from Aleppo are fabricated because the city has no phone connections.

He also said: “once Muslim Brotherhood-affiliated channels and American newspapers start to calling to save Syria, this is when you know that Americans, Turks, and Zionists are in trouble as they do not really care about what is happening there.”

Several lawsuits were filed against Al-Hayah TV channel and Adam for mocking the ongoing conflict in Aleppo and Syria, implying that what is happening in the Syrian city is not true and is an exaggeration by media outlets.

Egypt condemns series of explosions in Syrian city of Tartous